Directed by Pearl Gluck
A lively documentary about one woman's quest to explore her Hasidic roots; it mixes fact, emotion, and religious tradition with the spiritual practice of questing.

Documentary filmmaker Pearl Gluck was born in the Borough Park section of Brooklyn in 1972, the daughter of Hasidic Jewish parents who expected her to grow up, marry a Torah scholar, and have children. In this closed world where the love of God demands no staining with the things of the world, such as television, movies, or popular music, Gluck secretly picks up the book Our Bodies, Ourselves to explore some of the mysteries that intrigue her. Then her parents divorce, and she moves with her mother to Manhattan, entering the secular world with her eyes wide open to all the new wonders. Nonetheless, she feels saddened by a loss of connection with her father and Hasidism, which abounds with its own mysteries.

After attending college, Gluck wins a Fulbright Scholarship to Hungary and the Ukraine to collect oral histories from Yiddish-speaking people whose relatives were once part of thriving Hasidic communities. This trip turns into a quest for her religious roots and also an opportunity to retrieve a family heirloom, the couch belonging to her great-grandfather upon which, according to family legends, the Kossonye rebbes slept. She grew up listening to these stories and now travels to the nearly empty community where her ancestors lived. Old photographs enhance her storytelling and the suspense as she approaches the house where the couch is stored.

Gluck meets some wonderful characters on her journey, including her ex-communist cousin in Budapest; Billy Bacsi, a Yiddish guide in the Ukraine; and Meshulem Rottenberg, a descendent of the Kossonye rebbe. These Europeans still bear the emotional scars of the Holocaust, and she is deeply moved being with them, even though they view her as a renegade from the Hasidic fold.

Throughout the documentary, other exiles from ultra-Orthodoxy comment on their mixed feelings of rejection and liberation from loved ones who still are “inside” the community. They have varying responses to Gluck's obsession with the divan, which is described as a sacred memory object, a fetish, and a treasure from the past that contains its own special history and enchantment.

The last segment of this fascinating documentary covers the filmmaker’s pilgrimage with her father to visit important Hasidic gravesites in Europe. Gluck is treated like an outsider by the male members of the tour group, and she rebels by filming their secret rituals. But the real point of this trip is to draw closer to her father and to set in motion a connection that will last far beyond the journey overseas.

Like A World Apart: Hasidism in America (1998), this documentary provides a glimpse into the mysterious and complex world of Orthodox Judaism. Gluck's story is a lively mix of fact, emotion, tradition, and the spiritual practice of questing. And the wonderful music by Frank London greatly enhances the proceedings. 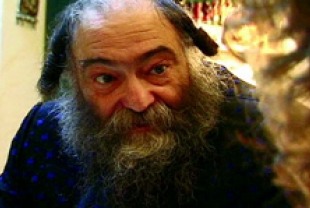 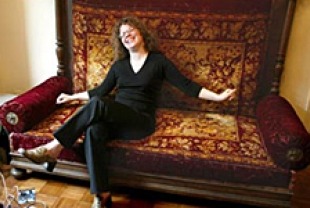