Directed by George Tillman, Jr.
An African American drama about the importance of ritual in holding families together.

Soul Food, written and directed by George Tillman, Jr., centers around an African-American family held together by Mother Joe (Irma P. Hall) and her Sunday dinners — a tradition stretching back 40 years. "Soul food," she says, "is about cooking from the heart." Her strategy to ensure family solidarity works until she lapses into a coma after a stroke. Without her nurturing and centering presence, the family begins feuding.

Teri (Vanessa Williams), the oldest daughter is obsessed with her work as a lawyer and has no time for her husband (Michael Beach); he ends up in the arms of her sexy cousin (Gina Ravera). Bird (Nia Long), the youngest daughter who's a beautician, steps on her new husband's (Mekhi Phifer) pride and puts their marriage in jeopardy. Maxine (Vivica A. Fox), the middle sister who's pregnant, valiantly tries to fill Mother Joe's shoes but lacks her authoritarian power. The one person with the key to the family's future is Ahmad (Brandon Hammond), Maxine's son. He realizes the importance of ritual and in the drama's finale pulls off a few surprises that come straight from his big heart. Mother Joe's legacy lives on in him. 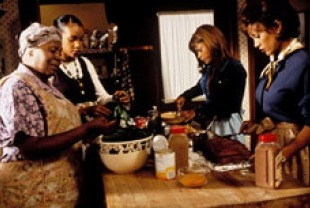 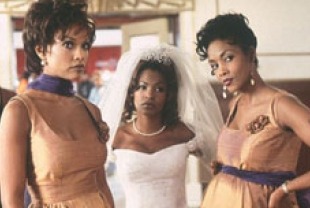