Directed by Sam Raimi
This entertaining film takes comic book action to a new level of possibility with its sensitivity to its characters' emotions.

All heroes must eventually square off with the dragon, and it is best to ride him rather than flee from him or try to push him back into the cave. This is the spiritual task facing Peter Parker (Tobey Maguire), a.k.a. Spider-Man, in this sequel to the 2002 movie. He has been trying to live a normal life as a college student, but his other identity as Spider-Man, the high-flying superhero who comes to the aid of those in trouble, keeps getting in the way. He is missing classes at Columbia University and failing at his part-time jobs delivering pizzas and taking photographs for the Daily Bugle tabloid. Worst of all, Peter feels guilty for not being able to spend any time with Mary Jane (Kirsten Dunst), the woman he loves. She asks him to come see her in the play The Importance of Being Earnest, but on the way to the theater he does a mission as Spider-Man, making him late and Mary Jane very disappointed. Peter is also burdened with the guilt of never having told his loving Aunt May (Rosemary Harris) the truth behind his role in the death of her husband.

Spider-Man must muster all of his powers to stop Dr. Otto Octavius (Alfred Molina), a scientist who has come up with a scheme for creating a new source of energy through sustained fusion. In order to handle "the power of the sun in the palm of my hand," he has electronic appendages fused into his spinal chord. When his experiment goes awry and his wife is killed, he decides to continue his work, even if he destroys the city in the process. The Daily Bugle calls this new villain Dr. Octopus, since his extra limbs give him the ability to crawl up buildings and carry out a bank robbery with ease. As if this weren't a big enough challenge for Spider-Man, his friend Harry Osborn (James Franco) becomes convinced that the only thing worth living for is to avenge his father by ridding the world of Spider-Man.

All these developments combine to create a true vocational challenge for Peter. Following a diminishment of his super-powers and overcome by a genuine compassion fatigue, he decides he just wants to live like an ordinary person. He tosses his Spider-Man costume in a dumpster and goes to tell Mary Jane that he has changed. This may be his last chance with her as she is about to marry astronaut John Jameson (Daniel Gillies).

At first Peter feels like a giant burden has been lifted from his shoulders; there is a lightness to his being as he discovers that he can walk by someone in trouble and not have to rescue him. It is at this point in the movie that our hearts go out to Peter more than ever. How many times have we asked ourselves whether to become involved or not, and how deeply? How much pain and suffering should we let in, and whose? As Spider-Man, Peter is burnt-out, a condition many of us have experienced.

Even while orchestrating some thrilling special effects, director Sam Raimi keeps the focus on the human dimensions of this story. Tobey Maguire gives a tour de force performance as the vulnerable and troubled young man who decides to confront the dragon of doubts he has about being the city's superhero. Without Spider-Man around to protect the weak, crime shoots up 75%. Then, at just the right time, Peter hears some wise counsel that helps him discern his destiny. Watch for that moment and see how it applies to you — your willingness and your ability to bring love, compassion, and justice to situations in your own life and your community. Spider-Man 2 takes comic book action pictures to a new level of possibility with its sensitivity to its characters' emotions. 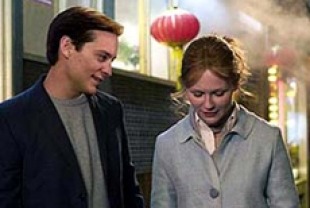 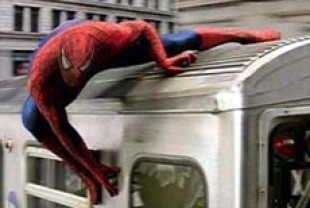