Directed by Paul Brickman
A fresh perspective on our primal feelings about the family circle gleaned from the suffering, growth, and personal renewal of likeable characters.

When Beth Macauley's (Jessica Lange) contractor husband dies in an accident, she is totally unprepared for the shock, grief, pressure, and loneliness which follow. Chris (Chris O'Donnel), her 17-year-old son, turns angry and aggressive while nine-year-old Matt (Charlie Korsmo) hides his deep sense of loss under a steely exterior.

Faced with $63,000 worth of debts, Beth is forced to sell their suburban home and move to an apartment in Baltimore. While she works at a trendy food store, the boys fend for themselves. Chris is seduced by Jody (Joan Cusack), an older lab technician who lives in the same building. Matt falls under the influence of a young schoolmate who breaks into houses and steals VCRs. His dream is to get enough money to buy back their suburban home.

Struggling to hold herself together while the family unit disintegrates, Beth is drawn into a relationship with Charles (Arliss Howard), a musician who builds her self-esteem. However, after losing her job, Beth plunges into a five-day depression during which she refuses to leave her bedroom.

It's only a matter of time until the Macauleys realize that to abandon each other is not the answer. Beth tells her sons, "Heartbreak is life educating us." The lessons turn to out to be worth learning.

The screenplay by Barbara Benedek and Paul Brickman is the key to the film's emotional impact. Despite the serious themes of death, grief, and depression, there is a bittersweet quality to the way Beth and her sons handle heartbreak. Watching the suffering, growth, and personal renewal of these likeable characters we gain a fresh perspective on our primal feelings about the family circle. 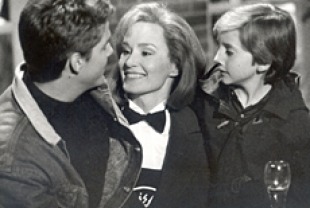