Woman on the Rug

There was no need, no obligation
But she did it in those early morning hours.
I could always hear her —
The rhythm of her body contorting,
Laying itself down, just off the clock,
A movement perfected through those years of uncertainty —
A deceit of the mind.

Through a jetlagged drowse, the air licked with light, I’d listen as it began,
A coil of silver smoke, lingering in the fog.
Those voices in that unspoken tongue,
Twisting one over the other —
A roar.

And then, that cobwebbed house would wake,
Emerging from the sticky nets of sleep, inebriated
Their eyes splattered red in the dewy light,
Their faces composed, dipped in the dark.

Beside me she quickened, body striking the ground
Until — she stopped
She lay upon the rug
Arms flung wide in imagined embrace.
But of what I could not tell,
For I cannot compare.

Originally published in KidSpirit Online for the Mysteries of the Universe issue.

When he wrote this piece, Zeeshan Hassan-Andoh was in tenth grade at Saint Ann’s School in Brooklyn, New York. He is of Pakistani and Ghanaian origin and enjoys travel, reading, writing, architecture, and drawing. 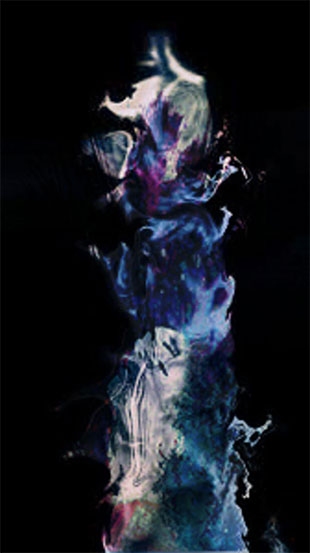