The Best of the Sufi Choir A Jubilee Selection

By W. A. Matthieu, Sufi Choir
An appealing mix of traditional choir music, Islamic chants. and other very melodic vocals.

W. A. Mathieu is one of our favorite Sufi writers on the many spiritual dimensions of music. He advises us to make an altar out of our ears. This multitalented Sufi is a pianist, composer, teacher, recording artist, and author. We have recommended his books, including The Musical Life and The Listening Book.

After studying African music, jazz, and European classical music, he worked as an arranger/composer for Stan Kenton and Duke Ellington. He was also the musical conductor for the Second City Theatre in Chicago. In the 1970s, he served on the faculties of the San Francisco Conservatory of Music and Mills College.

All this diverse and eclectic musical activity prepared him well for his leadership of the Sufi Choir. He founded it in Berkeley in 1969 and directed it until 1982. He brought together a group of 20 singers dedicated "toward the one, the perfection of love, harmony, and beauty." Their intention was to honor Allah and to pay tribute to Samuel Lewis, a Sufi-based mystic who was the teacher of this loyal band of West Coast hippies.

The selections on this folksy album come across as an appealing mix of traditional choir music, Islamic chants ("Bismillah," "Alhamdulillah," "Zikr: Bell Song"), and other very melodic vocals. Hafiz, the Sufi poet made popular in the West by Daniel Ladinsky, says: "We have not come here to take prisoners but to surrender ever more deeply to freedom and joy." That certainly sums up the positive vibes we had after listening to The Best of the Sufi Choir. And our respect of W.A. Mathieu moved even higher. 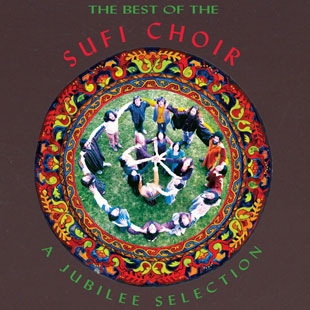