By John Powell
A celebration of music and the beneficial roles it plays in our lives.

Scientist and musician John Powell holds a PhD in physics from Imperial College (London University) and a master's degree in music from the University of Sheffield. He is also the author of How Music Works.

Think about your favorite song. How did you choose it? Was it the melody, the meaning of the lyrics, or the emotional qualities of the song that grabbed you? Is it a pop, rock, country & western, soul, R&B, blues, folk, heavy metal, electronic, rap, or classical piece?

This exercise leads us right into Powell's celebration of the emotional power of beautiful sounds. Most of us would agree with the scientific research which proves that music is good for us: it perks us up, stimulates the pleasure centers of the brain, lowers stress levels, and lifts our spirits. In the words of Philip Ball, music is "quite simply a gymnasium for the mind."

In a batch of enlightening chapters, Powell discusses the salutary connections between repetition and music; the arousal factor in music that leads to goose-bumps; the value of our first exposure to music in childhood; the healing powers of music as it helps us deal with pain, depression, and many diseases ranging from heart attacks to Parkinson's; the pivotal role of music in movies; the widespread use of background music in stores and restaurants; and the link between IQ and music lessons.

The author does a fine job assessing the role of music during different stages of life: the lullabies and playtime songs of infanthood and childhood; the rowdy sounds and rebellious songs of adolescence; and the eclectic mix of musical styles enjoyed during adulthood. He notes that one of the delights of being an elder is how the songs we enjoy can be tinged with nostalgia or filled with joy.

We especially enjoyed Powell's way of taking experiences we might have had with music and explaining both our physical and emotional reactions. Here, for example, is what he writes about "the tingle factor":

"1. A 'lump in the throat' feeling, sometimes accompanied by tears (often these are tears of happiness or relief).

"2. A tingling skin sensation — goose bumps as the hair on your skin stands on end — sometimes accompanied by shivers down the spine.

"3. An increased heart rate, sometimes combined with a sinking feeling in your abdomen.

"This level of emotional engagement happens only occasionally, and it's more likely to happen with music you are familiar with and when you are listening carefully — not just listening as you fill the dishwasher. Although it's difficult to pin down what causes this type of thrill reaction, there is evidence that it's often linked to an unusual change in the music — a violation of your expectations of what this sort of music would normally do at that point. Obviously if you are familiar with the piece of music involved, you know that the unusual change is coming, but it still has the capacity to thrill you as long as you're in the right mood. Of course, some of us are more prone to emotional musical thrills than others. Looking into this, several psychological studies have suggested that people with the personality trait 'openness to experience' are more likely than others to feel intense emotions as a result of listening to music." 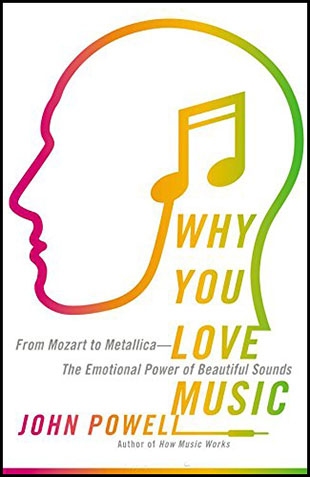