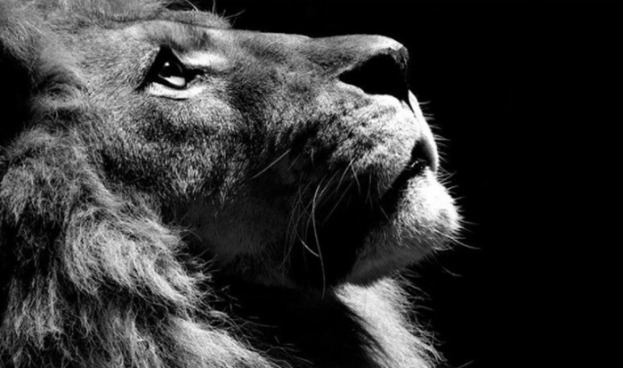 Strength is an overrated term; no one truly understands what it means to be strong or resilient.

Strength is a multifaceted term, coined to account for physical and mental abilities, but it isn’t restricted to these denotations. Strength can connote several things, especially since it plays a unique role in everyone’s life. To me, strength is the ability to say “no.” To refuse and to follow my heart despite the labels society puts upon me is what strength means to me. In the day and age of social media, having 1,000 likes on a post is what people understand as influence As part of this generation, I cannot but agree that the moment my likes exceed 100, I feel a dopamine rush, despite knowing that influencing people is more than putting up stories or posting about climate change; it is actually doing something about it. The minute you inspire someone else, then I believe you are a true influencer. The day your ideas, your beliefs, and your mannerisms have a positive impact on people is the day when you have shaped the ideology of a person. My mother may not be an influencer to the world, but she is to me, for her approach to struggles and opportunities has been critical in shaping me as an individual.

I am Indian, so tradition and culture seep out of every movement, every festival, and every action. I believe that the older you get, the wiser you become, which is true to a certain extent. As one ages, exposure and experience increase, but it is one thing to be wise, and another to dump your wisdom on every person walking by. People do not understand the correlation between strength and influence; being an influencer does not necessarily mean you are strong, and vice versa.

Living in a patriarchal society, I have seen how certain language favors boys. Despite its not being explicit, it is an inherent part of society. Simple statements in school, such as the teacher saying, “I need five boys to move these tables into the next classroom” or “boys can shoot harder and faster than girls, and therefore should captain the team” are assumptions that are not based on facts, yet are an inherent part of the community that surrounds me. Patriarchy is so ingrained in society, that the identification of disparity is hard to pinpoint. Schools create a divide, without realizing it, whether it is the uniform or the characterization of students. Girls are bound to be the prim and docile students, and guys are tagged “rowdy.”’ A change in this equation is not conventional. My uniform changed in the sixth standard from a skirt to jeans. While later I was given the freedom to choose my clothes in high school, this integration of gender with learning has always played a key role in the development of students.

Strength is defined as “the capacity of an object or substance to withstand great force or pressure.” Luckily for me, I have been brought up in a household that values my opinions and believes in me, and therefore they have let me explore and understand the world surrounding me. I have always been a feminist, but India is so entrenched in and influenced by patriarchy, that several times I have felt suffocated. Strength is breaking through those barriers, despite knowing the consequences. A key example of an event from my life would be Diwali Puja. Menstruating in front of god, or being in a holy presence when on your period, is a huge taboo. It is quoted as unethical, disgraceful, and disrespectful, something to be ashamed of. Personally, I do not believe in this, and despite people attempting to convince me to leave the temple, I stayed, attracting the watchful eyes of people around me. This did not impact me, and I stayed true to myself, knowing that bleeding was a blessing in disguise, something making me a proud female, and that navigating my own path among society’s stringent beliefs is strength to me.

My family’s support for and understanding of all my actions highlights how times are changing. Identifying skewed beliefs or dangerous mob mentalities has helped me realize that to be strong is to stand up for what you believe in, and cope with the burden on your shoulders. It took some time for them to let me be free; how I dressed, my cleavage, or the length of my shorts were topics for debate. However, gradually, as I kept on pointing out the patriarchy in my own home, and this became a regular dinner debate topic, they understood where I was coming from. Having also grown up in Indian society, my parents were also affected negatively by stereotypes, and were aware of how it can hurt the mental health and self esteem of a person. Therefore, slowly they gave me a platform to share. On that note, let me share a short story:

One day, as I was walking down the block to my bus stop, I saw three guys riding on a scooter. One of them was waving his middle finger like a flag, the other was whistling, while the driver was smirking. He slowed down the speed of the bike, due to the approaching speed bump. In front of the oncoming guys, I saw a group of four girls, and one of them quickly adjusted her skirt to be lower, as another placed her arm around her shoulder, locking their heads in sync. Their movement quickened, as they hurriedly paced down the road, until a girl turned around and faced the group of guys, and confronted them, sending them on their way. Most people may label the girl as courageous, or brave. However, I see her as strong. As women, we are constantly told that it’s our fault, that our body size or our hairdo is to blame for inappropriate actions. However the girl was strong, as under the burden of skewed beliefs and a patriarchal society, she stood up for what she believed in. An old lady in the corner quietly recorded this entire incident, and without asking for it, the girl who just stood up for her beliefs became a celebrity overnight. That is the relationship between strength and influence. You see, influencing means inspiring; it means having an impact on an audience larger than yourself.

Being an activist, voicing what you feel, and having an audience who will pay heed to you is what makes one an impactful influencer, as not all influences derive their status from showing strength. Most gain it from popularity, or good looks. However, what truly matters is how you provide strength to someone, to lighten their burden. It’s a cycle; wherever you start, it will lead you to another.

Sharing, finding, and discussing ideas like these can be done through several mediums of expression such as art or poetry, which give you power. I believe that influence is your impact on other people, and by conveying what you feel, you do just that. The minute you make an impact, a small stone of burden rolls down from the bag, falls onto the street, and rolls back up on someone pulling you down. My family and friends have always helped give me a platform to speak up. Refining, redefining, and reiterating your own ideas before passing them on to others is essential and differs from simply projecting them. Forming opinions and ideas and having a critical understanding of events prior to making a definitive stand is imperative. The exposure my culture gives me allows me to do just that, and that is what enables and empowers me to wake up every morning knowing that I am going to thrash every person telling me “I can’t.” That is strength, and by sharing it, maybe I can influence your views into voicing your opinions too!

Kavya Shah is a happy-go-lucky 16-year-old girl who loves reading and writing. She studies at Riverside School in Ahmedabad, India. Kavya is passionate about football, basketball and swimming. Being a foodie, writer, reader, and great friend is what truly defines her. Along with being a curious learner, Kavya is a theater artist.