A Prayer for Elders Postponing Retirement

Posted by Frederic Brussat on November 6, 2013 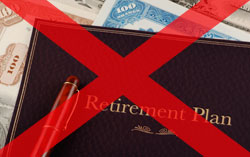 O Hope through the Ages, look after those who are going to have to work longer than they had planned.

O Our Sustainer, guide, direct, and comfort these people – and others like them in other countries around the world – as they struggle to change their expectations for their elder years due to economic pressures beyond their control.