A Prayer in Support of Immigration Reform

Posted by Frederic Brussat on December 6, 2013 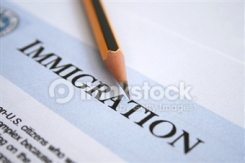 Voice of Freedom, many immigrants living in the United States have expressed the desire to become citizens. We understand and applaud their aspirations.

Survey: 63% of Americans say they support legislation to create a pathway to citizenship for immigrants who entered the U.S. illegally.
18% want these immigrants to be identified and deported. (Public Religion Research Institute)


Voice of Freedom, give us the strength and courage to do what we can to bring about swift immigration reform for the sake of these brothers and sisters.