Posted by Frederic Brussat on October 1, 2014 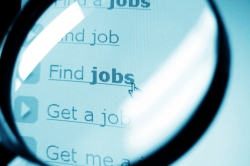 Sustainer of the Universe, we are concerned about the millions of people in the U.S. and elsewhere around the world who cannot find employment. We pray that you will help them keep their spirits up, lest they fall into anxiety and depression.

REPORT: A chart released by the Senate Budget Committee, based on data from the nonpartisan Bureau of Labor Statistics, showed that nearly a quarter of Americans aged 25 - 54 are not working. Commented the office of Senator Jeff Sessions (R-Ala.): "There are 124.5 million Americans in their prime working years. . . . 28.9 million people, or 23.2 percent of the total, is not currently employed. They either became so discouraged that they have left the labor force entirely, or they are in the labor force but unemployed. This group of non-employed individuals is more than 3.5 million larger than when the recession began in 2007."


Reconciling God, forgive those among us who complain that these unemployed people are not trying hard enough or that they are taking it easy thanks to government unemployment benefits. May we all be more understanding of the problem of unemployment and its toll upon individuals and communities.

Next Post: A Prayer for Victims of Sexual Violence