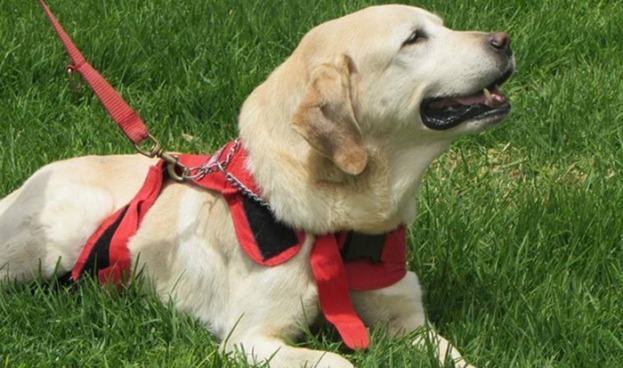 A Prayer for a Fallen Hero

Posted by Frederic and Mary Ann Brussat on April 26, 2016

God has given us the great gift of sharing the planet with heroic and compassionate animals. Some of them are rescue dogs who search for those trapped in the rubble of businesses, houses and offices after earthquakes and other similar disasters.

Article: The Huffington Post in its coverage of the April 16, 2016, earthquake in Ecuador which left at least 650 people dead, reported on the heroic efforts of Dayko, a rescue dog who is credited with saving at least seven people from the rubble. According to the City of Ibarra Fire Department, this friendly four-year-old Labrador was cherished for his "good sense of smell and charisma" and the "beautiful friendship" he had with his handler. After days of searching for quake survivors, Dayko suffered a heat stroke followed by a heart attack. His funeral was attended by firefighters, other rescue workers, and his fellow rescue dogs.

And so we pray this news:

Creator and Loving God, we give you most hearty thanks for heroic animals like Dayko who inspire us with their courage and compassion. They speak to us through their loving actions and they lift our spirits with their self-giving and trust. May we be more thoughtful about the souls of our companion animals who often are some of our most revered spiritual teachers. So be it.