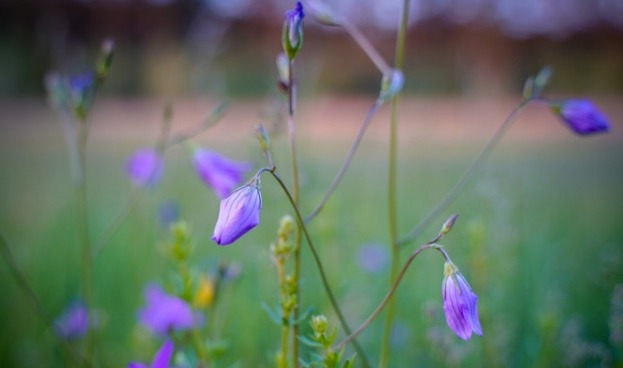 "I think it pisses God off if you walk by the color purple in a field somewhere and don't notice it."
— Alice Walker

​In the spiritual alphabet offered by Frederic and Mary Ann Brussat in Spirituality and Practice, "W" is for wonder. It's not the only "quality of heart and mind" that matters. We recall the alphabet as a whole with its thirty-seven spiritual modes. Humans cannot live by wonder alone. They — we — need kindness and play, imagination and listening, gratitude and silence, yearning and devotion, plus more.

But wonder is a very important quality of heart and mind: a form of emotional intelligence and embodied wisdom in its own right. Wonder nourishes the soul with a divine question mark. And we might well imagine that what makes God "God" is that God is pure wonder. On the seventh day God took delight in the sheer goodness and beauty of creation. God's delight was wonder.

God or no God, there are many portals into the world of wonder: the natural world as palpably felt, photography, music, friendships, colors, smells. numbers, and questions, for example. Wonder need not and cannot be in the forefront of consciousness; it is a background for consciousness that emerges with consciousness. It is the awareness of, and delight in, what is but could not be.

"Philosophy begins in wonder. And at the end when philosophic thought has done its best the wonder remains."
— Alfred North Whitehead

I recall many years ago a student of mine from China, Vivian Dong, watched one of the series of interviews Bill Moyers did with Joseph Campbell. It was on the origins of religion. Growing up in China, Vivian had been taught that the STEM disciplines — science, technology, engineering, and mathematics — were the path to truth and success. She also had the sneaking suspicion that religion was superstition. After watching the interview, she came to consider whether religion didn't itself begin with wonder. Not so much wonder seeking "answers" to questions but rather wonder as an intuitive sense of the sheer beauty and contingency of the world.

I think she was right. Religion, like philosophy, begins in wonder. And wonder itself begins with a felt recognition that what presents itself before your very eyes and ears has a beauty in its own way, a beauty which is, but could not be. For the philosopher Whitehead this feeling of what is but could not be is the dawn of conscious experience, but it reaches into, and is nourished by, a vast and fathomless realm of unconsciousness that comes with every moment. Consciousness begins in wonder.

Sometimes, and unfortunately, philosophy and theology function to dispel wonder or to hide from it. They offer "worldviews" that seem to "answer" too much, and along the way they forget the wonder. This is why it is so important to hold onto our philosophies and theologies with a relaxed grasp, to recognize that they are but "likely stories," to quote Whitehead quoting Plato. This grasp is simultaneously an open hand: a hand receptive to wonder, to hearing the stories of others with fresh ears, to seeing the world around us with fresh eyes, to considering old questions in new ways and with fresh minds, to always being on the way into a realm of possibility that cuts off any pretense of certainty. Certainty is the enemy of wonder. Wonder is the wonder of wonder.