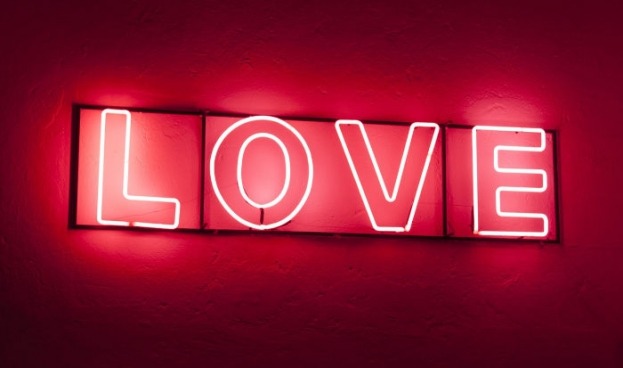 How Zen, Whitehead, and Jesus Ruined Me

I was told that the most important thing in life is to be rich, powerful, and famous. What happened?

Zen and Whitehead ruined me. Zen taught me to measure my life in terms of moments of experience rather than everlasting achievements. Whitehead gave me a cosmology which said that moments are the ultimate reality of the universe. This led me to be less interested in fame, fortune, and power than society tends to expect, and more interested in who I was and how I was in the immediacy of the moment. I wanted to live with integrity, not ambition.

Friends said that I was thinking too small. "You've got so much potential," they said. But they saw potential in terms of a dream I couldn't share. I could only say, echoing the title of a book, "but small is beautiful."

It got worse. Zen and Whitehead added that the moments of my life are partly composed of the moments of other people’s lives, and, for that matter, the lives of animals and plants, hills and rivers, trees and stars. I stopped seeing myself as a skin-encapsulated ego cut off from the world by the boundaries of my skin. I began seeing myself more as series of here-now moments, each connected to all other moments yet possessed of a creativity of its own.

I began to think of my own "I" as a series of "I’s" beginning with birth (or perhaps before) and extending to death (and perhaps after). I started believing in a continuing journey of the heart and mind — a journey not of one self but of many selves that succeed one another. The quest for fame got all muddled up. Which of my selves did I want to be remembered for? The self of age six, or sixteen, or twenty-six, or thirty-six? I decided that fame was not really a worthy pursuit.

Whitehead added God to the mix. He imagined God as an encompassing life in whose heart the whole universe unfolds: a fellow sufferer who understands. And he said that God is also within each of us as a lure, a calling, to be as fully alive and compassionate as we can be, relative to the situation at hand. I began to wonder what it might be like to live a God-centered life rather than a Jay-centered life. Could a God-centered life be, as it were, successful?

I knew that I was supposed to think of success as something like being happy and self-satisfied, but I began to think success might be better understood as contributing to God's ongoing life in some positive way. Moreover, when I thought of God's suffering, the ideal of happiness seemed a bit shallow. I realized that some of the saddest people I know took happiness as their life's ideal. I really didn't want a happy God. I wanted a meaningful God.

I began to think meaning may be more important than happiness. I knew people who suffered terribly, but whose lives were meaningful. And I knew who seemed to sail through life with maximum pleasure, but whose lives appeared kind of shallow. I didn't want to be too judgmental about this, but at least at face value, it seemed this way to me.

About this time some people began to appear on the scene who seemed hell-bent on achieving glory. They wanted to be famous and recognized, to have their names emblazoned on buildings. They were all about self-glorification.

Here again Whitehead made it difficult, because he got me thinking about glory in a new way. I began to think of glory itself, not as having buildings named after me or being admired for my power, but rather as the splendor of God’s own life which included suffering but also joy. I wanted to contribute by responding to the calling of the moment and contributing to God's life. I thought of God’s heart as Beauty. When friends asked me what I was doing, I said: "I think I'm just trying to add a little beauty to the world." But I really meant to God, too, because God's life and world's life were not so sharply separated.

My friends told me that I was losing my ambition, but I responded that I was interested in a different kind of ambition. It wasn't about worldly acclaim; it was about fidelity to the call of the moment and to relationships. I was especially interested in the calling to love my neighbor as much as I love myself. I wanted to be a kind person.

Here I was ruined by Jesus and his own Jewish tradition. Jesus' idea was that we should love God and love our neighbor as the two great commandments. He tried to live this way himself. I grew to like the idea of two great commandments, not issued as a threat but as a suggestion for how to live. A commandment to love became for me a means of grace. A mitzvah, as my Jewish friends put it.

So I'd say that, when it comes to the values fame and fortune and power, I lost any passion. My desires turned in another direction, more fragile and maybe even temporary, but also kind of beautiful.

I still believe in a continuing journey after death. I don't think the problem in life is death, but rather incompleteness. I hope that people who suffer terribly can find a little completeness after death, before they are reabsorbed into the divine ocean of love. But I also believe that, even if there is no journey at all, each moment can be place where the infinite becomes finite, if only we are true to the call of the moment, especially toward love.

Zen and Whitehead and Jesus ruined my chances of success. I am very grateful to them.