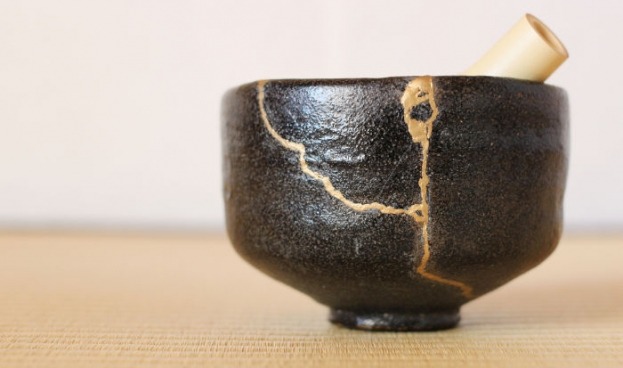 A Practice for Perfectionists

Perfectionism is both a curse and a blessing. Mainly a curse, in my experience. But there is that inescapable reality that perfectionists grace our human landscape for a reason. It is my fervent hope that my accountant, my dentist, and any future surgeon who chooses to traverse the intricacies of my insides are all dyed-in-the-wool perfectionists. But even these folks whose work demands the utmost precision and who demand much of themselves as well as others — even these folks eventually need to come home, kick off their shoes, and quit being perfect.

Without a practice to smooth the sharp edges of the perfectionist, we — myself included — are looking at a life of serious bruising, neurosis, and endless frustration for ourselves and everyone around us. And it’s not just about job performance. It’s about relationships and risk and the willingness to compromise and “let go” in every area of life. And, in these days of activism and resistance, perfectionism in the form of uncompromising idealism can prove self-destructive to our cause.

I’ve been to the dark side of perfectionism and it isn’t pretty. As a young woman, this personality trait led to a life-threatening bout of anorexia nervosa while maintaining, at any cost, a 4.0 grade average. Fortunately, I began to heal when I discovered that such a prison of perfectionism can find release in a spiritual path that I often refer to as the beauty of imperfection.

A Lesson from Ecuador

Yes, imperfection can be beautiful, especially as we let go of the incessant demands we place on ourselves, others, and life itself. But this takes practice. And there's one practice that really seems to work. I brought this practice home from Ecuador.

For five quixotic years, I lived on the coast of Ecuador. As a foreigner in a strange land, I became of a student of cultural differences, which I found to be both fascinating and frustrating in equal measure. Ecuadorians are a laid-back people who simply love life over perfection. Their motto seems to be “good enough,” whether referring to a job they completed or an apology from a friend. We newly arrived ex-pats would laugh about this “good enough” attitude in our nervous little huddles, puffed up with our “American standards." Some of us were building houses and dealt with Ecuadorian workers on a daily basis. We were always on guard for the "good enough" standards, especially when it came to things like putting electrical plugs up too high so the cords from appliances ran down the wall in an unsightly manner. There seemed to be, from our gringo standpoint, a lack of aesthetic sensibility with our local workers.

In private moments, I began using this phrase as an affectionate parody of my Ecuadorian friends. I would shrug theatrically at one of my many cooking failures, and say, "oh, well, good enough." But then it became serious, as I saw that even doing it in a playful way had a magical effect. It made me feel better. I realized that I was less wound up, less anxious about things — and far less judgmental. I began to try new things without worrying about being great at them. Like knitting. I'm not great at knitting. I do not have any ambition to be great at knitting. I knit because it's relaxing and fun, and so I want to keep it simple. I've had to employ this practice of "good enough" many times in my knitting projects, daring to give away scarves with the blatant flaws of the amateur. The result? Happiness. And more knitting.

The Beauty of Imperfection

At the same time I was learning this “good enough” practice from my Ecuadorian friends, I discovered the wonder of the celebrated researcher and storyteller Brene Brown, and her iconic phrase "I’m enough," which has saved many from the sink hole of despair. She gets it. She understands that the very core of our being often carries the burden of shame, that underlying belief of not being good enough. This was the very malady that led me, as a young woman, to starve myself while trying to be the best at everything, even if it killed me — and it almost did. Yes, Brene Brown and the Ecuadorians were on to something, a great secret that I had missed all my life: it's okay to be enough. Yes, it's serious soul-work, having the courage to let go of the impossible expectations we put on ourselves.

But it’s not easy for the perfectionist to say, "good enough." It feels foreign, it feels lazy, it feels wrong. And yet, it's right — it's perfectly right, if that helps. It will not change our personality type, but it will soften the edges and can become part of a larger spiritual practice I often refer to in my work as “the beauty of imperfection." Yes, this practice helps beautify our souls with the help of our whole body.

The practice is straight forward:

Endless variations on this theme can release the savage perfectionist within: “I do enough” or “I have enough” or equivalents such as, “I do my best and let go of the rest.”

If we are social activists and staunch idealists, we can dare to employ "enough for now” when realty falls short of our ideals which, of course, it always does. Instead of burning out from constant disappointment and disillusionment, we can relax into our practice, embrace small victories with gratitude, and return to our work with renewed enthusiasm. This release of our demand for the perfection of our ideals means that we don’t break into little pieces when things go awry. We simply bend, and in doing so we bow to the beauty of imperfection, integrating the not-quite-right — or even deep disappointment — into the wider harmony of a meaningful life.

But, what happens when we do break or feel broken or have to accept — for now — the cracked version of life? For Japanese artists, a crack in the perfect vase becomes an opportunity for the centuries-old art of Kintsugi, in which the crack is filled with gold or other precious metals, and its value increases. Letting go of the tyrannical demands we place on ourselves, others, and life itself can keep us from throwing out the good work we do. Instead of holding fast to our uncompromising idealism, we fill the broken places with the precious metals of acceptance, compassion, and wisdom learned. We are grateful that we are still in one piece and that the Earth is still spinning on its axis. We continue on.

And so, as we perfectionists — cursed and blessed as we are — begin the new year, may we practice the soul arts of acceptance, compassion, and repairing with gold. It’s beautiful. It’s liberating. It’s enough. At least for now.