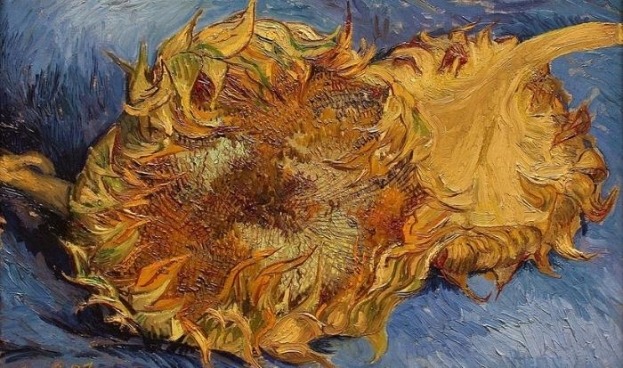 "The sunflower is mine."
—Vincent van Gogh

One year before his death, Vincent Van Gogh wrote to a friend that he yearned "to make of painting what the music of Berlioz and Wagner has been before us. . . a consolatory art for distressed hearts." This was the purpose behind his art — to console the distressed and comfort the brokenhearted. Perhaps this is why we feel comforted by his loving brushstrokes of variegated hues. With his palette knife, he tenderly worked the fragments of light into textured waves of consoling colors and forms. He gave us what he had hoped to give: a "consolatory art for distressed hearts."

As the darkness of war rises in the East, we admit our need for consolation in art and in life. We long for Lenten light — lengthening light to combat the darkness within and without. And yes, after a long winter, we long for flowers! We can, in any season, turn to Van Gogh's flowers, especially his favorite, the sunflower — a flower he associated with both light and gratitude.

Because the sunflower is the national flower of Ukraine, we have been wearing and posting these "little suns" as they represent solidarity with Ukraine, hope for the future of democracy, and resistance against Russian aggression. But these luminous beauties represent even more for the people of Ukraine, and the world, too. 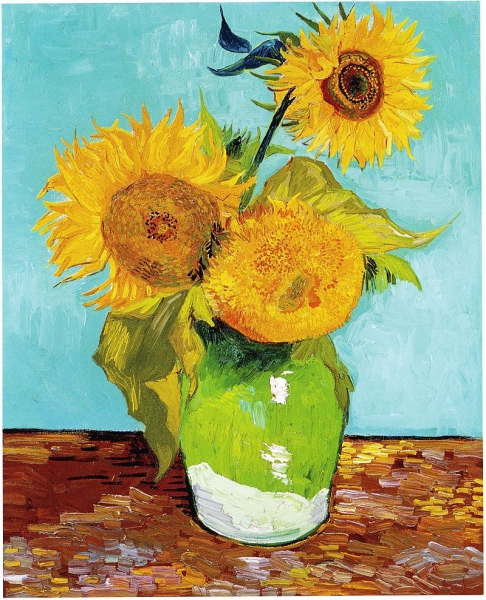 Sunflowers Instead of Missiles

A peaceful democracy, Ukraine once possessed the third largest nuclear arsenal in the world. But on June 4, 1996, Ukraine gave up its last nuclear warhead on a former Ukrainian missile base. On this celebratory occasion of becoming nuclear free, the then US Secretary of Defense William Perry said to a crowd that included dignitaries from the US, Russia, and Ukraine, "Sunflowers instead of missiles in the soil will ensure peace for future generations." Then, they scattered and planted sunflower seeds on the site.

Sunflowers then became more than a national flower. They gave us a symbol of peace worldwide, an icon of sun-drenched beauty to free the world of nuclear weapons.

What if we all claimed the sunflower "as mine" in the sense of all it stands for. Could we then become like these little suns, reflecting light to the world? What if we scattered sunflower seeds all over our neighborhoods and communities? And especially in places where tragedies have left a dark void. Would this not offer comfort, consolation, and beauty to our brokenhearted world?

Science reveals that the sunflower is more than just a pretty face. In the aftermath of the Chernobyl disaster, the sunflower stood alone as survivors in the desolated nuclear wasteland. They not only survived but thrived and blossomed afresh. That's because sunflowers are, in scientific terms, "hyperaccumulators" that can soak up toxicity at a high rate, healing the soil of heavy metals and the air of radiation. Sunflowers help speed up the process of making water drinkable again. Sunflowers may not be able to stop disasters, but they can help heal and restore. Their beauty is more than skin deep. They have huge sunflower souls that can take in the bad as well as the good for the sake of the world.

"Beauty will save the world," said Dostoyevsky. In the sunflower we begin to see glimpses of this declaration unfolding in bright fields of yellow suns. Sunflowers are, in life and art, light bearers of consolation, sharers of sorrow, resistant fighters against toxic forces, and restorers of life and beauty.

As the embodiment of undaunted resilience in the face of decimation, sunflowers hold within them the very spirit of resurrection hope. May that hope bring peace in Ukraine and in every distressed heart. 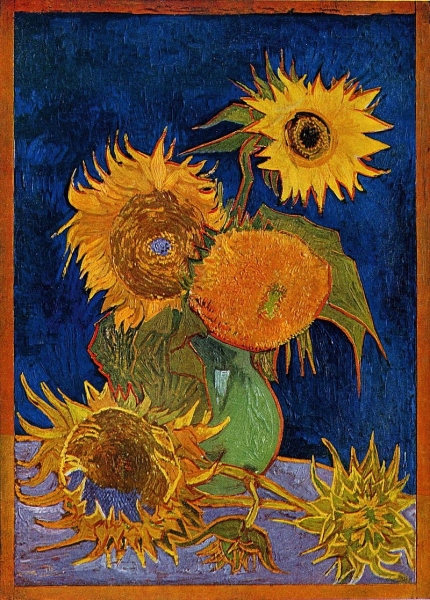