Eduardo Galeano, the award-winning Latin American journalist, historian, and prophetic writer died of cancer on April 13, 2015 in Montevideo, Uruguay at the age of 74. He brought a distinct voice, which we consider to be spiritually literate, to everything he surveyed, and he will be missed.


Galeano born on September 3, 1940; his father was a civil servant and his mother managed a bookstore. As a teenager, he sent in articles to Uruguay's Socialist Party's publication. He went to prison in 1973 when his homeland came under the sway of a military junta. Seeking refuge in Argentina, he founded Crisis, a cultural and political magazine. When that country came under the power of a brutal dictator, Galeano fled to Spain where he stayed until 1983. Returning to Uruguay, he created another leftist magazine, Brecha. 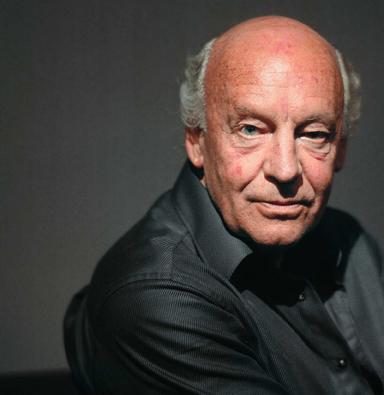 Galeano wrote more than 30 books and was the first winner of the Lannan Foundation Cultural Freedom Prize. Here are some of our favorites among his books. We respect him for speaking truth to power and for being a tireless advocate for the poor, the downtrodden, and the exploited. Over the years, when our sense of tikkun flagged or waned, we turned to Galeano who always reminded us of new ways to think about and stand up for justice and freedom.

In this bold, imaginative, and thought-provoking collection of stories, paradoxes, aphorisms, and riddles, Galeano compels us to think afresh about soul, mystery, fear, luck, music, and much more. Here is a memorable tribute to the mystery of life:

"Pilar and Daniel Weinberg's son was baptized on the coast. The baptism taught him what was sacred.

"They gave him a sea shell: 'So you'll learn to love the water.'

"They opened a cage and let a bird go free: 'So you'll learn to love the air.'

"They gave him a geranium: 'So you'll learn to love the earth.'

"And they gave him a little bottle sealed up tight: 'Don't ever, ever open it. So you'll learn to love mystery.' "

Voices of Time: A Life in Stories

In 333 vignettes, Galeano presents a wide-ranging and morally perceptive glimpse of a world of incredible violence, poverty, injustice, and suffering. Whether writing about presidents, generals, bums, soccer stars, or other celebrities, Galeano compels us to consider the consequences of all that we do, say, or think. For example, consider what young readers discover:

"Joaquin de Souza is learning to read, and he practices with the signs he sees. He thinks the most important word in the world is no, because everything begins with it.

"No trespassing.
No dogs allowed.
No littering.
No smoking.
No spitting.
No parking.

Mirrors: Stories of Almost Everyone

With his usual prophetic fire and empathy for the underdog, the left out, and the persecuted, Galeano gives us more than 600 vignettes covering the sweep of human history from the early civilizations of the Near East to the catastrophic wars and developments of the 20th century. He insists that we remember the past and not lapse into amnesia or numbness given the pressing demands and speed of our present-day time-starved culture.

Every minute, poverty kills no fewer than ten children.

These crimes do not show up on the news.

The criminals are on the loose.

No prisons are built for those who rip the guts out of thousands.

Prisons are built as public housing for the poor."

Upside Down: A Primer for the Looking-Glass World

Donning the mantle of a prophet for our time of ethical disarray and massive inequality, he puts a metaphor at the heart of this compelling work: "The upside-down world rewards in reverse: it scorns honesty, punishes work, prizes lack of scruples, and feeds cannibalism. Its professors slander nature: injustice, they say, is a law of nature." And who are the losers and the put-upon in this upside-down world? -- the poor, children, women, and people of color." And behind it all: fear.

"Those who work are afraid they'll lose their jobs.
Those who don't are afraid they'll never find one.
Whoever doesn't fear hunger is afraid of eating.
Drivers are afraid of walking and pedestrians are afraid of getting run over.
Democracy is afraid of remembering and language is afraid of speaking.
Civilians fear the military, the military fears a shortage of weapons, weapons fear a shortage of wars.
It is the time of fear.
Women's fear of violent men and men's fear of fearless women.
Fear of thieves, fear of the police.
Fear of doors without locks, of time without watches, of children without television; fear of night without sleeping pills and day without pills to wake up.
Fear of crowds, fear of solitude, fear of what was and what could be, fear of dying, fear of living."

Children of the Days: A Calendar of Human History

In a time when the rich get richer and gain more power and control over the lives of the poor, Eduardo Galeano celebrates the small acts of heroism done without fanfare by those whom history has passed by and forgotten. In a time when military might is praised around the globe, Galeano chooses to pay allegiance to the peaceful alternatives to shock and awe. In a time when the peoples of the world seem to be united under the banner of capitalism, Eduardo Galeano marks the deeds of those who walked the talk of a simpler and more sane life and didn't think that those with the most toys at the end of the day win. Here is just one of his prophetic commentaries on today's world. He describes robots with wings.

"Good news. On this day in the year 2011 the world's military brass announced that drones could continue killing people.

"These pilotless planes, crewed by no one, flown by remote control, are in good health: the virus that attacked them was only a passing bother.

"As of now, drones have dropped their rain of bombs on defenseless victims in Afghanistan, Iraq, Pakistan, Libya, Yemen and Palestine, and their services are expected in other countries.

"In the Age of the Almighty Computer, drones are the perfect warriors. They kill without remorse, obey without kidding around, and they never reveal the names of their masters."

See an interview by Amy Goodman with Eduardo Galeano about Mirrors, Open Veins of Latin America, and other subjects