The Long Marriage of Mindfulness and Money

According to JWT Worldwide, one of the world's largest marketing communications companies, mindfulness is one of the top trends that has shaped the world in 2014. In its February 3, 2004 issue, Time magazine, affirmed this growing trend in its cover story titled "The Mindful Revolution." 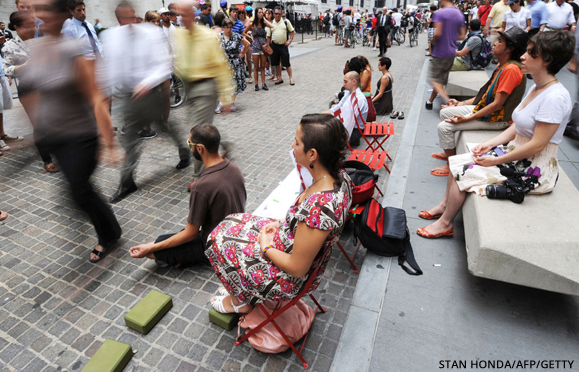 In a recent article in The New Yorker, Michelle Goldberg describes how this spiritual practice, which has its roots in Theravada Buddhism, has proven to be very popular with corporations (such as Aetna, General Mills, and Goldman Sacks) who offer their employees free in-office meditation training. Once the domain of spiritual practitioners, mindfulness has been accepted by everyone from stock traders to office workers. They are drawn to the idea of shutting out distractions and focusing on the moment. The goal is to "optimize work performance."


Goldberg points out that there is a long tradition of using New Thought/New Age practices of harnessing consciousness to achieve prosperity. This emphasis on self-help and the achievement of success is a long way away from the efforts of Buddhist monks in monasteries around the world; they practice mindfulness meditation renunciation. The same thing seems to be happening to mindfulness as happened with yoga: spiritual ideas and techniques are watered down into self-improvement programs.