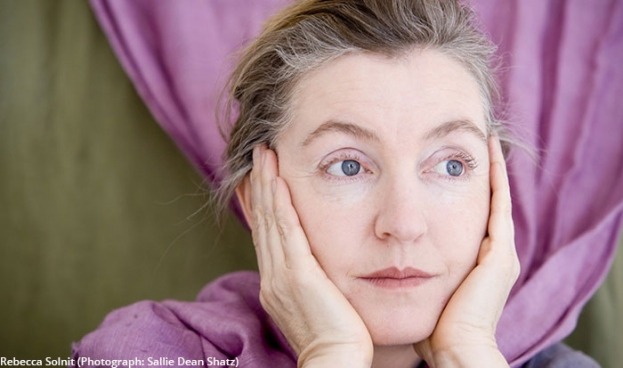 A Meditation on Hope and Despair

Posted by Frederic and Mary Ann Brussat on March 21, 2016

In brainpickings.org, Maria Popova presents a soulful meditation and affirmation of Rebecca Solnit's revised 2016 edition of her collection of essays titled Hope in the Dark: Untold Histories, Wild Possibilities. She uses this book as a chance to air her own ideas on hope, cynicism, and the stories we tell ourselves.

Popova agrees with Albert Camus who wrote in the midst of World War II that "There is no love of life without despair of life." In the same vein, she quotes the artist Maira Kalman: "We hope. We despair. We hope. We despair. That is what governs us. We have a bipolar system."

Popova is impressed with Solnit's book which she calls "an indispensable ally to every thinking, feeling, civically conscious human being." Referring to Edward Snowden, marriage equality, and Black Lives Matter, Solnit sees them as signs of movement-building, social change, and paradigm shifts. But she believes that hope challenges us not to a "sunny everything-is-getting better" vision but rather "an embrace of the unknown and the unknowable, an alternative to the certainty of both optimists and pessimists."

Whether squeezing meaning out of the seven-decades-long effort to gain women the right to vote or the Arab Spring, Solnit characterizes change as being "as complex as chaos theory and as slow as evolution." Looking at the culture, she concludes that "hope is only a beginning; it's not a substitute for action, only a basis for it." Activists are willing and able to not get stuck or bogged down in despair about how far we have yet to go in terms of peace, justice, climate change, and more economic equality.

Popova ends this essay with a salute to Solnit as "a robust anchor of intelligent idealism amid our tumultuous era of disorienting defeatism." She commends her for "a vitalizing exploration of how we can withstand the marketable temptations of false hope and easy despair."