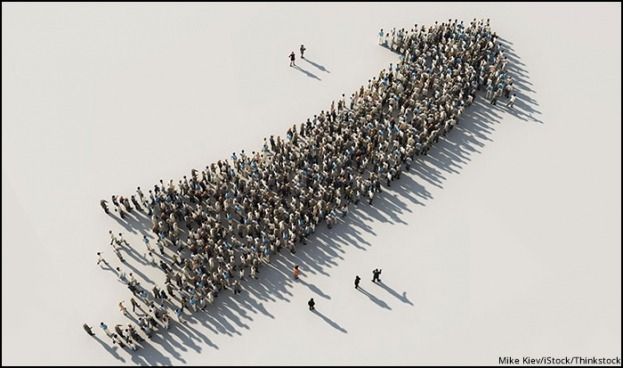 The Reframing of Zeitgeist

Posted by Frederic and Mary Ann Brussat on November 10, 2016

In an article on Slate.com, Katy Waldman recalls how the term "Zeitgeist" used to carry meaning and depth: "A zeitgeist was a formidable thing. Matthew Arnold coined the term in 1848 to capture the spirit of social unrest that suffused Victorian England."

That understanding of cultural shifts is a long way from the most recent use of the word in talking about the comic talents of Amy Schumer: "She's a comet streaking across the Zeitgeist, leaving a tail of smudged mascara and Fireball aftertaste in her wake."

We remember when writers, scholars, and college professors waxed poetic about the counterculture as an entire way of life infused with values and attitudes. Waldman notes: "Somehow, the zeitgeist — once so historic and grand — has now become an anemic, trivial little sprite."

Make no mistake about it, the cultural tastemakers of our times pass out plenty of fads and trends to keep us entertained and feeling in the know. But this has little to do with those magical moments when we feel at one with "a widespread, unifying force" (such as the release of the Beatles' Sgt. Pepper's Lonely Hearts Club Band album).

Waldman suggests we make a special place for zeitgeist as "a term for those startling, rare moments of clarity when an entire culture rises up as one, to support civil rights or condemn bigotry or mourn the dead."

Why not follow in this trail and see zeitgeist as a description that affirms commonalities and acknowledges solidarity with others. This would make it a spiritual term. As Eknath Easwaran, founder and director of the Blue Mountain Center of Meditation in Tomales, California, proclaimed: "The awareness of unity is the distinguishing mark of spiritual awareness."

This reframing of zeitgeist gives it a vibrant spiritual focus that leads to unity and all its attendant virtues — compassion, justice, and peace.


Next Post: Bob Dylan Awarded the Nobel Prize in Literature