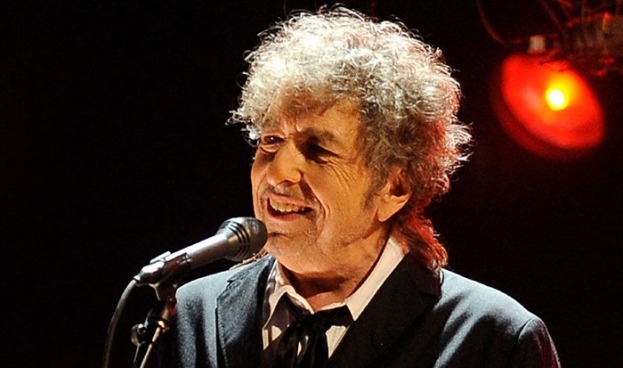 Posted by Frederic and Mary Ann Brussat on November 1, 2016

Bob Dylan has always impressed us with the lyrics to his songs. From his beginnings as a folk singer in 1961, he mixed folk songs with protest ballads. Critics have been amazed by the different styles in Dylan's repertoire. In 1965, he adapted a rock style, followed by a turn to songs with Christian imagery, and most recently savored the pop style associated with Frank Sinatra.

Now he has been awarded the Nobel Prize in Literature. In its citation, the Swedish Academy credited Mr. Dylan with "having created new poetic expressions within the great American song tradition."

We fondly recall the emotional waves that would come over us whenever Dylan sang "Blowin' in the Wind" or "The Times Are A-Changin'." A very close friend of ours collected covers by other performers of Dylan's classic "All Along the Watchtower"; we took turns trying to interpret the lyrics: "There must be some way out of here, said the joker to the thief. There's too much confusion, I can't get no relief."

Many of Dylan's songs are rich in multiple layers of meaning and they reveal his spiritual take on reality. In an interview, he remarked: "I can see God in a daisy. I can see God at night in the wind and the rain. I see creation just about everywhere. The highest form of song is prayer."'

In the course of his 50-year career, Dylan has collected 10 Grammy Awards, including Album of the Year, one Golden Globe, and one Academy Award. In 2008, he won a Pulitzer Prize special citation for "his profound impact on popular music and American culture, marked by lyrical compositions of extraordinary poetic power."

With his Nobel, Dylan becomes the 108th recipient of the most prestigious literature award in the world.