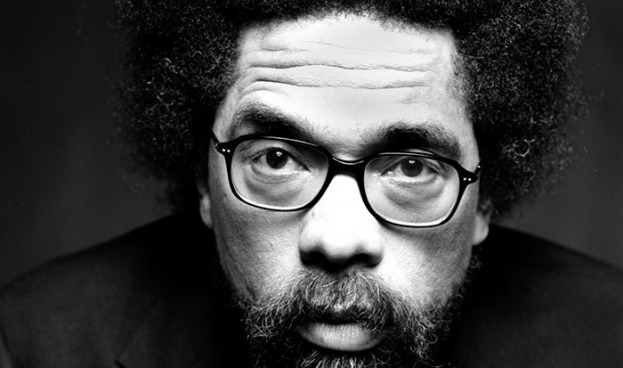 Posted by Frederic and Mary Ann Brussat on June 5, 2020

Dr. Cornel West is an author, social critic, and democratic intellectual. He is Professor of the Practice of Public Philosophy at Harvard University and holds the title of Professor Emeritus at Princeton University. He has also taught at Union Theological Seminary, Yale, Harvard, and the University of Paris. He is well-known for his assertion that "Justice is what love looks like in public."

In the week following the death of George Floyd, West spoke out about this "public lynching" on such diverse media channels as Democracy Now! and Fox News. He called the demonstrations against systemic racism and police violence evidence of "America's Moment of Reckoning" and "A Sign of Empire Imploding."

On Democracy Now! West set the protests in the context of a democratic nation unable to reform itself or come to terms with African-American poverty, unemployment, and lack of decent housing and health care. Recalling the legacies of Dr. Martin Luther King, Jr., and Malcolm X, he urged people to make a connection between justice and compassion in their organizing: "What we need is a nonviolent revolutionary project of full-scale democratic sharing — power, wealth, resources, respect, organizing — and a fundamental transformation of this American Empire."

On Fox News, West concluded: "I think what we're seeing here is the ways in which the vicious legacy of white supremacy manifests in organized hatred, greed, and corruption." He went on to point out two sides of the protests: "The sad thing about this moment is that we are witnessing the collapse of the legitimacy of leadership, the political class, the economic class, the professional class. That's the deeper crisis. . . . The beautiful thing is we're seeing citizens who are caring and concerned hitting the streets."