Traveling Mercies Some Thoughts on Faith

"I could sing better here than I ever had before. As part of these people, even though I stayed in the doorway, I did not recognize my voice or know where it was coming from, but sometimes I felt like I could sing forever.

"Eventually, a few months after I started coming, I took a seat in one of the folding chairs, off by myself. Then the singing enveloped me. It was furry and resonant, coming from everyone's very heart. There was no sense of performance of judgment, only that the music was breath and food.

"Something inside me that was stiff and rotting would feel soft and tender. Somehow the singing wore down all the boundaries and distinctions that kept me so isolated. Sitting there, standing with them to sing, sometimes so shaky and sick that I felt like I might tip over, I felt bigger than myself, like I was being taken care of, tricked into coming back to life. But I had to leave before the sermon." 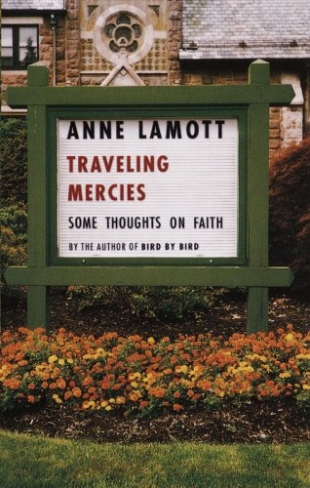