Crossing Reclaiming the Landscape of Our Lives

By Mark Barrett
Mark Barrett's story of a woman feeling God's presence when she prayed by listening and relaxing.

"The Russian Orthodox Archbishop Anthony Bloom used to tell a story . . . An older member of his congregation came to see the Archbishop, who was widely (and rightly) regarded as an authority on Christian prayer. His visitor shared with Archbishop Anthony the concern that although she had prayed all her life, both in the public liturgy and often for hours in private devotions, she had never for a moment had any sense of the presence of God in her life. Were her prayers not heard? Was she not loved by the God to whom she was praying?

"After talking with his visitor about her prayer practices and about her life in general, Archbishop Anthony offered her this advice: when you next come to your time of prayer, don't kneel, don't recite any prayers or psalms, but simply sit down in your favourite armchair by the fire, relax, and see what happens. Sure enough, the woman followed the Archbishop's guidance, and simply relaxed by the fire in her sitting room. A committed and busy person, she had not usually allowed herself the 'luxury' of time apparently wasted in this way. 'What a lovely room' she reflected, as she looked about her at the ornaments, the furniture and the pictures that had accumulated in the many years she had lived in this house. She had never stopped to look at the room in this way before, but now she was suddenly aware of how blessed she was in the symbols of family and friendship that surrounded her. She was warmed by the fire, supported by the cushions of her chair, and delighted by the view from her window. Gratitude and joy for the richness of the life she had led were the emotions in her heart. Just as she had been instructed, she made no special effort to pray, but inevitably, she thanked God for all that this room and its contents represented to her. Gradually, she realised that it was as if she was listening to God speaking words of love to her — and every aspect of her life was one of those words, mediated to her by the physical contents of the room in which she was sitting.

"Finally, it dawned upon her that this was what the Archbishop had intended to happen: she had been so busy in every dimension of her life that her busyness had carried over even into her prayer — she had talked to God, praised and thanked him, pleaded with him and complained to him, but never listened to him. Never had she stopped to allow her own life to become the word of God to her. This was what the Archbishop had discerned as he listened to her dismay, and his solution was to tell her to stop, to listen, to reflect." 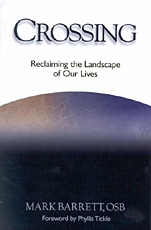