How to Read Signs and Omens in Everyday Life

"He was a Zen Master. And it was not easy being a Zen Master, for many would-be disciples came from all parts of Japan to seek his guidance. But he lived in a modest cottage in the mountains and let the aspiring disciples come as they would.

"One day a young man arrived at the Master's cottage. This was a young man who was quite serious about his spiritual path. This acolyte had studied much, meditated much, and felt that he was quite ready to become the right-hand disciple of any Master.

"It had been raining when the young man arrived at the Master's house. The Master was seated on a pillow in a small room. The young man carefully removed his shoes and placed his umbrella outside the door.

" 'I have studied much and feel that I am on the path to realization,' said the young man, growing a bit uncomfortable at the Master's silence.

"The Master smiled with his eyes half-closed and nodded.

" 'Don't you feel that I could become an awakened one?' asked the youth, becoming exasperated at the Master's reticence.

"The Master opened his eyes. The young man now felt hopeful. The Master would accept him.

" 'Because,' answered the Master slowly, 'what you seek is awareness. And how can you be aware if you do not even know where you have put your shoes and umbrella?' " 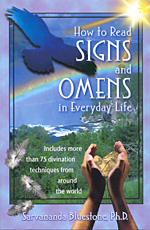