The Good Life Truths That Last in Times of Need

"For most twentieth-century Americans, the fictitious character of lawyer Atticus Finch, in Harper Lee's Pulitzer prize-winning novel To Kill a Mockingbird, is the figure of justice. . . . Harper Lee was a daughter of the South who created a novelistic world that reflected the real world of the American South in which she was reared, a South still deeply entrenched in its genteel racist ways. In the midst of this idyllic land of gentle courtesy and slow manners, where peace seemed to be the order of the day, and civility — the courtly relationship between the classes and races — served as a fig leaf to cover the nakedness of a fundamentally unjust society, the fundamental question was whether good justice would be found here for a black man accused of a gross crime.

The novel was made incarnate in the movie version that featured the incorruptible Gregory Peck as lawyer Atticus Finch, and it is Atticus Finch who could easily have settled for peace, but who risks all for justice for the least of those among his townsmen. The question of equality before the law, as the prerequisite of true justice, challenges the peace; and I would argue that there is no better moral tale in all of modern American literature — since Mark Twain's tales of Tom Sawyer and Huck Finn — that better illustrates the virtue of justice and the attainment of genuine peace. To enjoy the rights and benefits of peace one must exercise the duties and responsibilities of justice. The modern temptation is to accept a revision of the 'Golden Rule,' one that might say, 'Do unto others before they do unto you,' which to many might seem an appropriate accommodation to reality. The moral life says that this may accomplish a temporary satisfaction, and even the illusion of peace. Real and genuine peace, however, and not simply the absence of visible conflict, requires the priority of justice, the intentional decision to do what is right toward God and one's neighbor.” 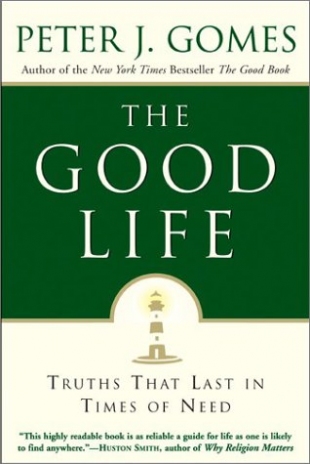