"Several years ago, I was part of a committee that was planning a series on 'prayer' at Regis College, the place where I teach theology. I suggested that we could invite Joy Kogawa, a Japanese Canadian poet and writer, to speak about 'Prayer and Poetry.' Joy accepted the invitation to speak and we agreed to have supper before her lecture.

"In the middle of the meal, she told me: 'I really have nothing to say.' I know many speakers who sometimes think that, including myself. I reassured her but wondered what she really would say.

"Joy was true to her word. She began her lecture by saying, ' I really have nothing to say about prayer and poetry.' I began to worry about all the money people had paid to come and hear her speak.

" 'But let me tell you about what really interests me these days,' she continued. I breathed a sigh of relief.

"Then Joy walked down the main aisle of the lecture theater and began to hand out ten dollar bills to the people sitting in the audience. Then she left. People sat in silence as they looked at the money she had given them. Slowly, they too left the hall.

"Needless to say, the Earth Festival was well attended and well funded — even without the help of a professional fund-raiser! I was left with a precious insight into how the story of the miracle of the multiplication of the loaves and fishes might have originated and grown in the telling." 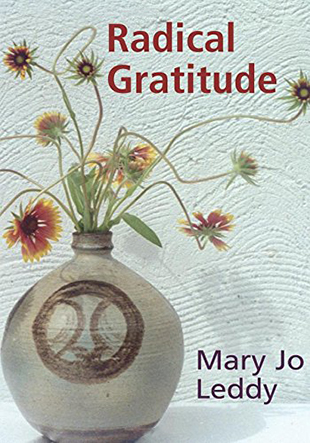