By Dianna Ortiz, Patricia Davis
Sister Dianna Ortiz on why torture victims never fully recover from torture, and why acceptance of torture by governments is so troubling.

"As I improve, I have faith and hope and trust again, on my good days. But even on my good days, the smell of cigarette smoke reminds me of the burns the torturers inflicted on me. The sight of a man in uniform reminds me of the Policeman. I jump if someone runs up behind me, and if someone stands too close or stares at me, I back away. I sleep with the light on. I ask people not to smoke, not to stare, not to talk about torture tactics in front of me, and not to invite me to movies that are violent. Some people, because I make these requests, have accused me of having 'an ungodly need to control.' That's the way it is, and I imagine that's the way it will always be. I've learned to avoid situations that bring back the pain — on my good days, when I'm feeling assertive.

"Not everyone reacts to torture like I did. As my college English teacher has told me, I was a 'fragile' person to start with, an artistic type who would write poems on my exams and sit on the hillside writing songs with my guitar. Not everyone is like me.

"In Guatemala now, years after the war has ended, torture is accepted as part of society. Many people who have tortured others are working as soldiers and police officers still. And torture continues, although the guerrillas no longer exist. Torture is used to oppress and terrorize people into conforming with the government's agenda. That's the risk of allowing torture to be used, ever, for any reason. It doesn't go away.

"As I write this, attorneys and journalists are advocating the legalization of torture in the United States. Over a thousand people are being secretly detained, the majority on visa violations. The damage torture does can never be undone. If I survived for any reason, it is to say that.

"According to Amnesty International's statistics for 2001, more than 150 governments engage in torture or ill-treatment. The number in 1999 was 114.

I guess if I were entirely logical, I would despair. But the lessons of my torture didn't stick; I was supposed to have learned that I am powerless, that nothing I say or do can stop the torture. I was supposed to have learned despair. But I can't help hoping. I have faith in the unexpected, the miraculous, the power of people working together and of God working through us. I have to offer all I have and believe and hope it's enough. 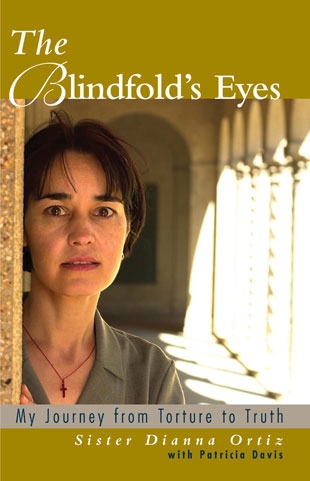