"Dogs, in particular, provide tremendous therapeutic benefit to the old, the sick, and the disturbed. Other kinds of animals can be hugely beneficial too, especially cats and dolphins. Mentally disturbed patients become calm if they sit watching the fish in an aquarium. And thousands of us know the peace that can steal through us if we can spend a little time among trees and flowers, in a meadow or garden or forest, especially when birds are singing. We have a deep psychological need to connect with nature and with animals. As Anatole France said, 'Until one has loved an animal, a part of one's soul remains unawakened.'

"I have had letters from people in different parts of the globe who survived horribly abusive childhoods only because they were able to form an attachment to some animal. One child, who was sexually abused night after night, crept down to the cellar, afraid and hurting, and cried herself to sleep with her arms around their dog. Her father found out and killed the dog. She wanted to kill herself, she told me, but on her way home from school she passed a field of cows, and one of them eventually let her come close. She went every day until they were so used to her that she could press close and relax as they lay chewing their cud. With them her tortured spirit found some healing." 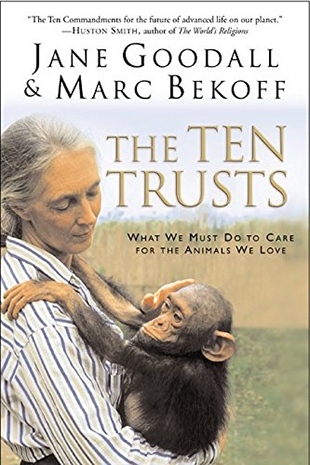