Slow Food Collected Thoughts on Taste, Tradition, and the Honest Pleasures of Food

By Ben Watson, Carlo Petrini, Slow Food Editore
On stewardship or leftovers in the monasteries of the Middle Ages.

"In the austere Middle Ages, nothing could be wasted and leftovers had to be 'recycled.' This was particularly so with bread, imbued as it was with symbolic values. According to a German legend, the devil collected any crumbs that fell from the table, turned them into burning coals, and threw them at sinners roasting in hell. Anyone accidentally allowing crumbs to fall from the table would be punished. The Benedictine rule, which was echoed in the Statutes of Peter the Venerable, the 12th century abbot of Cluny, clearly states that at the end of the meal one of the monks should use his hands, a knife, or a brush to carefully gather up the crumbs and put them in a special basket. These same crumbs were used to make a soup at the end of the week to be eaten hot on Saturday evenings. The same ingredients could be used to make a humble pudding for the poor. A similar tradition has survived in Spain, where on Christmas Eve they eat las migas del Nino, the Crumbs of Baby Jesus. (Dominique Predali).

"To this day, in monasteries and the lay world alike, stale bread is not wasted and instead is used to make the sweet fried pancake that the French call pain perdu and the Spanish torrijas de Santa Teresa. The recipe, which originated in the convents of Castille, is repeated all over Europe with the same ingredients: slices of bread soaked in milk, dipped in beaten egg yolk and fried, and sprinkled with sugar and cinnamon. In Sweden it is served with black currant jam. . . .

"Stale bread is also one of the ingredients of mendiant, a very compact sweet pudding originally named quatre mendiants in honor of the mendicant orders: the Augustines, the Carmelites, the Dominicans, and the Franciscans. In this recipe, the four orders are represented by raisins, hazelnuts, figs, and almonds, the colors of which evoke those of the habits of these orders."

To Practice This Thought: Here is a bread pudding recipe you can try the next time you have stale bread.

6 slices of bread, cut into cubes (6 cups of bread cubes) 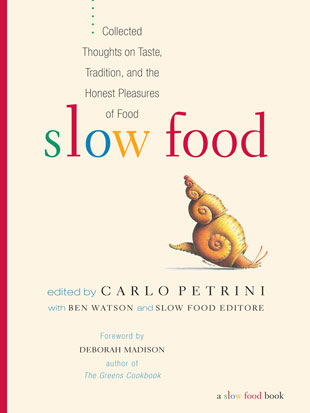