Bede Griffiths An Introduction to His Interspiritual Thought

"Mere dialogue can be and often is a casual matter, but the deeper, more substantial type is governed by an intrinsic commitment to finding the point of unity between the two traditions, finding the common ground that permits them to be related in a direct way. Bede Griffiths describes this profounder sort of dialogue, what I call existential dialogue: 'The primary purpose of inter-religious dialogue is mutual understanding, but this means understanding the other religion from within, that is, by sharing the other person's experience of his religion. This comes about not only through shared conversation but also through sharing in religious rituals and prayer together.' Existential dialogue is this inner openness to the other in mutual trust, respect and sympathy. But existential convergence goes even deeper.

"It presupposes an intimate knowledge of both traditions in their mature teachings, their fully formed spirituality or mystical/contemplative doctrine. Existential convergence occurs between and among religions, between and among representatives of different faith systems, and most especially within the depths of interiority of a person who has achieved a genuine assimilation of the spiritual values and insights of another tradition and integrates them with his own or finds the point of complementarity between the ultimate teachings of both systems. This certainly was Bede Griffiths's experience in his depth encounter with Hinduism. In that same letter quoted above, he continues: 'From this shared experience of religion a kind of osmosis takes place, so that each person begins to see his own religion in a new light. A Christian, for instance, by sharing with a Hindu or a Buddhist begins to see Christ in a new light.' This osmotic quality is what I mean by existential convergence, and it points up the double tendency of this osmotic or assimilative process to absorb and integrate new insights, while relating them to the core truth of one's own faith in such a way that they actually shed light on it, allowing one to appreciate the truth more profoundly. Christ, for example, stands out more clearly when seen through the spiritual sensitivity of the Hindu." 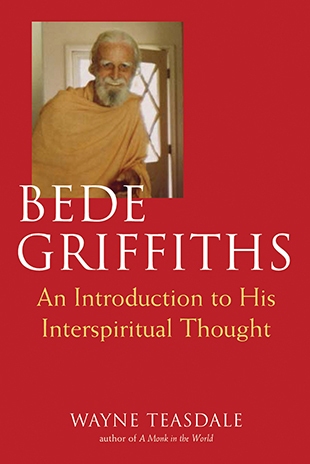