The Woman Who Watches Over the World A Native Memoir

By Linda Hogan
The lasting gifts of reverence for all of nature.

"Before he died, Crazy Horse told his people, I will return to you as stone. There is no likeness of him. He was a beautiful man who loved his people. I try to imagine what he meant by those words. Perhaps he knew that a man's life crosses over into other elements and matter, but I can't know. I do know, however, that he said he was a relative to a stone and wore a stone under his arm. It was given to him by a medicine man named Chips. And I know, too, that the stone people are helpers to the Lakota as they are for other tribes. Now, western medicine uses calcium, lithium, boron, and other mineral medicines, as well." 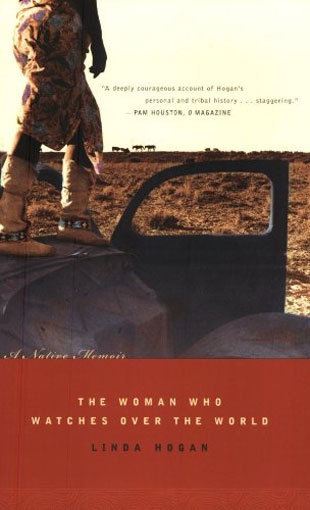