"In any part of the country where the porch is still part of the architectural language of homes, you will find people sitting. Often alone, sometimes in groups of two or three, sometimes in larger numbers, people congregate on the porch. In our own neighborhood the house next door has a porch of classic design that faces majestically out to the street and is set off from the passing front traffic by two steps yet is easily accessible from the sidewalk by way of an inviting path. There the neighborhood tends to gather. On a sticky hot summer afternoon the husband or wife will be discovered sitting on the porch in a state of quiet repose. Soon a neighbor, recovering from the labors of weed-pulling will gravitate toward them and find himself seated sipping iced tea. A young mother from across the street might end up there for a few restful minutes, bringing the bottle of nail polish that she hopes to use during the baby's nap. Often that porch is a playtime haven for the dozen or so preschool children who streak back and forth between the neighborhood yards in a giggly and barefooted cluster. Sometimes the porch serves as the theater for the drama of teenage life that goes on within the house. The porch will suddenly sport a blaring radio and the restless, casually draped bodies of local high school friends hanging from the railings and cascading down the front steps. More often that not, however, the porch is the seating place for one person alone. It becomes a hermit space. There lengthy discourse is unnecessary. There it is all right to just look and listen. There silence is already fulsome and need not be artificially filled.

"In neighborhoods where the porch is nonexistent, the front stoop of the row house or apartment complex often becomes the place of sitting. Or, in urban areas where the stoop is unused, porchlike activity will often take place on the tree-sheltered bench of a city park. All these spaces share in being natural areas of contemplative awareness, sitting spaces where agendas are suspended, where the way to be is to be given over to the sweet, unhurried perception of what is. They are sacred spaces that celebrate the is-ness of things.

"From the porch one observes the simple rhythms of daily life: the neighbor setting out the garbage in the early morning, the woman from the next street who regularly walks her little dog just after suppertime, the school-age boys exercising prowess in bicycling, the elderly widow receiving a rare visit from an in-law, the businesslike drivers of passing cars whose faces mirror their intent to get where they are going.

"On the porch one hears the sounds that surround us — the worried chirping of jays hovering over a nest, the cries of the waking baby across the street, the approaching bell of the ice cream man's truck, the distant sirens from the city, the sounds of the neighborhood dogs whose resonant barks carry airborne canine conversations well over the barriers of fenced-in yards.

"Seated upon the porch one finds it unnecessary to comment upon or analyze what one sees and hears. It is enough that it is. Being is not something to be taken for granted nor overlooked, but something to be breathed in and celebrated with sweet contentment and a grateful heart. The porch is the home's sacred space of contemplation, the structural articulation of the home's most treasured and earnest secret. The porch speaks mutely all that we cannot say, but that we nonetheless know to be truest about our lives." 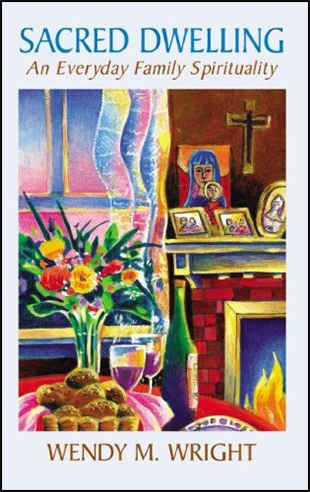