The Woman's Book of Resilience 12 Qualities to Cultivate

By Beth Miller
Beth Miller on having the strength, courage, and compassion to forgive.

"Perhaps all the dragons in our lives are but princesses that are waiting to see us act just once with beauty and courage. Perhaps everything terrible is in its deepest essence, something helpless that needs our love.
— Rilke

"Forgiveness is about letting go, really letting go of resentment and bitterness — both personal and global. Forgiveness requires strength of character, it requires courage, a courage that needs to be replenished daily and rekindled when it falters. Forgiveness requires a commitment to something other than revenge and the natural desire for retribution and/or an apology. It requires, since there are events and behaviors that are unforgivable, ultimate compassion.

"To forgive someone or something implies that there has been a transgression. You have been violated, hurt, insulted, treated badly or inhumanely, or somehow suffered greatly by another's actions. Something very valuable has been taken away; there has been grievous harm. Sometimes the transgression is factual; someone has been murdered, tortured, raped, neglected, beaten, publicly humiliated, or oppressed. Sometimes the transgression is subjective; we get our feelings hurt in ways that would not necessarily hurt someone else's feelings. Someone forgot your name at a party, your child was overlooked for a scholarship, someone assaulted your leadership style, or your boss did not pick up your ideas. As author and Buddhist meditation teacher Sylvia Boorstein says, 'We all have tucked away in our unconscious a little list of people who have hurt us in some way in our lives. And we keep the list even though they can no longer hurt us, as if forgiving them will give us amnesia, and we'll get hurt by them again.'

"When we have been hurt, we show a feverish intensity to the situation, we hold a magnifying glass on the person or people who hurt us, and we are exquisitely aware of the effect the injury has had on us. Whether objective or subjective, we are faced with similar feelings of being upset and resentful of being treated wrongly. Whether subjective or objective, whether it is a slight or a grievous transgression, when the hurt and insult has created a bur in our psyche we are faced with the heroic task of being responsible for the resulting psychic pain.

"Hatred, resentment, and a desire for revenge and getting even are heavy emotions that weigh us down. Heavy emotions, reliving the trauma or fight, and being tied to the past robs creativity, spontaneity, fun, and any semblance of a free life. We become virtual prisoners caged inside our own moods and dark thoughts, whether we are painfully tied to the traumatic insults waged against our bodies and spirits or fueling the flames of everyday grudges and insults. We instinctively know holding hate and resentment is not good for us, but being willing to let it go, knowing we are so justified in feeling a sense of outrage and a desire for justice, is another kettle of fish altogether.

"It is understandable and instinctive to experience the strong negative feelings associated with being harmed, insulted, and injured. We want to blame the person or people who hurt us; we want to see them suffer. We want them to hurt every bit as much as we have been hurt. We instinctively look for ways to make ourselves feel better, stronger, back to center. We don't want to view ourselves as the hurt, the weak, and the one under. It feels further humiliating to be unable to right the situation, protect ourselves, or stop the aggression or injustices. Even when we have been victimized, we dislike being the victim.

"Resentment creates a heavy heart and fuzzy thinking for the one carrying it. It can result in obsessing and ruminating on what has been done to us or what we have done to someone else. Or, in so many cases, putting childhood events and stored-up hatred and resentment out of mind, only to have them appear as unrelated depression and irritability.

"It is not unusual for resentment to keep us awake at night, invade other healthier thoughts, interfere in other relationships, and create distractions at work. This is costly and counterproductive, to you, not the person who harmed you. As the adage says, resentment is taking poison and waiting for the other person to die. We who hold the memory, consciously or not, the thoughts and the feelings of the transgression, are the ones who are suffering, and we are the only ones who have the power to transcend the heaviness.

"Through forgiving and cultivating genuine compassion, we take our power back; we open the door to freedom. We discover the freedom to be inventive in relating to others, to handling traumatic experiences in a strong and firm manner and standing up for ourselves without damaging anyone else. Being resilient, weathering the next storm or navigating the present upheaval requires an open heart and a clear mind that results from forgiving and having compassion.

"To be resilient requires a lightness of step and the flexibility to move and not stay stuck or mired in yesterday. It is through accepting the reality of what has been done, accepting the reality of having been hurt, betrayed, wronged; working through the layers and layers of difficult emotions and thoughts accompanying the injury, and finding ways to improve our life and state of mind that gives us the best opportunity for true freedom from insult and trauma. It is through admitting, feeling, and letting go of the negative emotions associated with the egregious act that we transcend victimization.

"Many people are under the illusion that forgiveness lets the misdoer off the hook; it does not. Genuine forgiveness is not about condoning awful behavior. Forgiveness and compassion do not green light what has been done. There's no question that perpetrators who are in a position to hurt again need to be stopped. Ironically, the clearer we are, the less saddled with the negativity of previous transgressions, the more creative and effective we can be in stopping further violations. The fewer resentment blocks you have, the more access you have to saying no; cursing the behavior appropriately and in a resilient fashion protects you or anyone else who needs it." 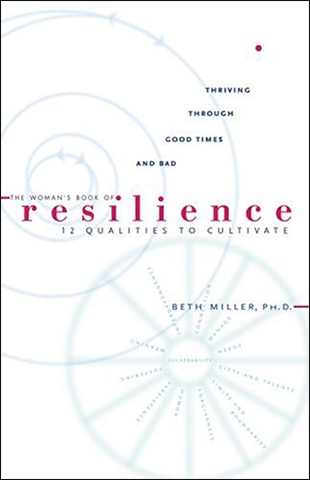