By J. Brent Bill
An overview of the importance of holy silence in different traditions.

"The faiths born in the East — Hinduism, Buddhism, and Taoism — have long cultivated an appreciation for silence. They believe silence is essential to spiritual life. They see silence as a mark of spiritual maturity. The Chinese scripture called the Tao Te Ching says, 'Those who know do not talk. Those who talk do not know.' Those revered as the holiest people in the East — gurus, bhikkhus, and Zen Masters — are people of few words. They speak little because they believe, as Gandhi said, that 'In the attitude of silence the soul finds the path in a clearer light, and what is elusive and deceptive resolves itself into crystal clearness.' That's why Zen and other Eastern meditations are best practiced in total silence.

"In Eastern religions silence is a prerequisite to spiritual purification and growth. Eastern religions teach that silence leads to inner awareness, wisdom, compassion, and loving kindness. Hindus and Buddhists believe silence is a way of achieving Moksha (freedom or salvation), nirvana (right-mindedness), or Buddhahood. In Theravada, silence helps a person to finally realize the ultimate goal — clarity of wisdom.

"In the Judeo-Christian tradition, the Old Testament abounds with examples of silence as a means of meeting God. The most famous is the earlier-mentioned exhortation to 'Be still and know that I am God.'

"The Hebrew Scriptures also show that silence is a way to wisdom — 'A wise man will keep quiet until just the right moment,' for example. While the writer of Ecclesiastes seems more concerned with silence as a way of gaining respect in the community, there is, nonetheless, recognition that silence — the absence of talking — leads to wisdom. The Bible writers held that wisdom was one of God's attributes. Silence leads us to wisdom — and an imitation, limited by our human nature, as it is, of God." 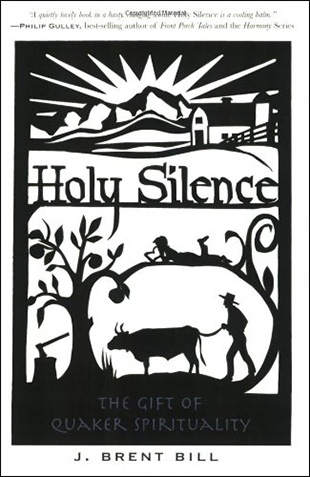