"We interfaith families are often the way we are because we can't be the way we were. We are reluctant pilgrims. We haven't flown the coop or destroyed the nest so much as gone deeper inside it. We are not trying to destroy religious tradition so much as to make it honest to contemporary experience. Are we better than other people who stay 'home'? No. Nor are we worse.

"We married out of the tribe. By 'tribe' I do not mean something negative as compared to something modern and progressive. I do not mean that primitive or simplistic sense of tribe but rather root, source, original. We married and bred outside the previously normal way. We married outside of our religious tree, Protestant to Catholic, or Jew to Moslem, or any other combination. Some scholars estimate that as many as one-third of Americans are 'interfaith' in the sense that they married outside their original faith.

"Interfaith families move backward and forward at the same time. We are going back to an original human religious unity, an imagined if not actual Eden, and forward to something unknown. We build a nest as we go. That nest takes twigs from the past and the future — and sometimes doesn't house us at all.

"Interfaith families incorporate a range of tribes. We no longer come from just one place. We are originals. Very few world cultures have blended to the degree that we Americans blend: most remain against religious blending because it is culturally 'impure' and 'diluted.' These blends may be impure, but they are certainly not diluted. We are becoming phenomenally rich, perhaps even concentrated. The wealth we know is directly the result of our religious traditions: they gave us the strength for homelessness. They permit wilderness and Exodus — and sometimes even encourage it." 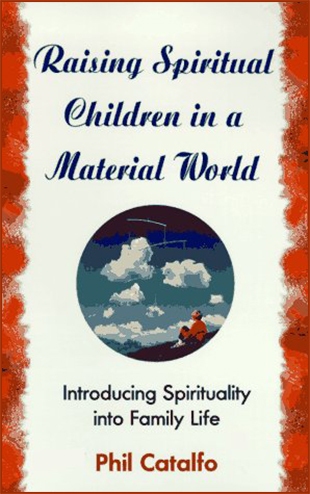