My Soul in Silence Waits Meditations on Psalm 62

By Margaret Guenther
Wisdom about recognizing the enemies within us.

"This is hard news. The world has not changed a great deal since the psalmist paused in his song of trust to complain of those who threaten him. Much of the time, however, in this largely affluent and privileged corner of God's world, we live out our lives in relative security. The assaults on us are not fatal: vicissitudes rather than tragedies, bumps rather than killing blows.

"It may come as a surprise to realize that there is an enemy closer to home than the violent random killer, the scheming con artist, or even the thoroughly unpleasant person at the next desk. The twittering sparrows and rasping cicadas of distraction are not the only inhabitants of our inner space. A coterie of destructive little adversaries dwells within us, assailing us to crush us and seeking to bring us down. These enemies are harder to identify than the foes that appear on the six o'clock news. Maybe the ubiquitous 'they' have made a comfortable home within us, blocking our growth and keeping us from getting what we truly want. We can blame our cozy inner enemy for our discontent. Nothing then is our fault: the system, the government, the neighbors, the multinational corporations, the health care industry are out to get us.

"Even more insidious are the mocking little voices deep within us. Among them are self-doubt and its close cousin, self-contempt. What masquerades as humble self-effacement is often a denial of our God-given gifts. Garrison Keillor tells the delightful story of his aunt, an expert baker who talked the judges out of awarding her first prize for a superlative cake at the county fair. 'It's not so good as the one I baked last week . . . it's too moist . . . it didn't rise high enough . . . i don't know, it just didn't turn out right.' By the time she had finished with this rambling critique of her masterpiece, the judges were convinced that it wasn't such a great cake after all, and his aunt was spared the challenge of celebrity. So we tell ourselves, 'I can't. It won't work. I'm not smart enough. I'm too old. I'm too young. It will cost too much. It's never worked before. There's no use trying. I'm just a housewife.' In so doing, we kill vision and creativity; we smother a tiny spark of divinity before it can begin to glow. We let ourselves be crushed. We collude in our spiritual deadness:

"For my enemy has sought my life;
"he has crushed me to the ground;
"he has made me life in dark places like
"those who are long dead.
"(Psalm 143:3)

"In the realm of enemy voices, fearfulness is a close relative of self-doubt and self-contempt. We persuade ourselves that it is better to stick with the tried and true. As the old Scottish saying puts it, 'Better the devil you know that the devil you don't.' Change for the sake of change and risk for the sake of risk can be foolish and imprudent. But unwillingness to stretch and risk and grown is also a kind of death wish." 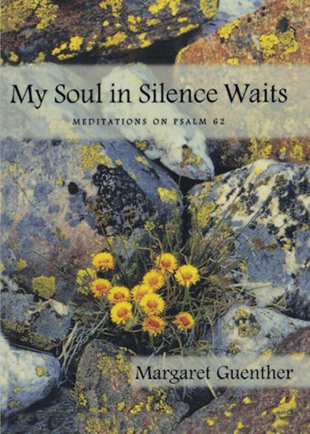