The Way of Aikido Life Lessons from an American Sensei

"What do you do when somebody pushes you?

"Over the past twenty-five years, I've posed this question to groups totaling more than fifty thousand people in workshop sessions, and the first answer in every case has been 'Push back.' I've heard 'Push back,' as a matter of fact, in four languages: English, French, German, and Spanish. From this experience, I've concluded that the practice of pushing back whenever pushed is ubiquitous in Western culture — and, I suspect, in other cultures as well.

"And here, of course, we're not just talking about a physical push. It's unlikely you'll be pushed physically between now and this time next week. But the odds are pretty good that someone will push you verbally or psychologically. And if you're like most people, you're quite likely to push back verbally or psychologically. So let's see what options you have, what outcomes you can expect, in case you do. It's simple: You can win, you can lose, or there can be a stalemate — none of which is conductive to harmony and mutual satisfaction. If you win, somebody else has to lose. If you lose, it doesn't feel very good. And a stalemate's a big waste of time.

"It could be said that the health of an individual or an organization is generally directly proportionate to the number of perceived options at its command. The converse is also true. When an individual or an organization moves toward breakdown, that move is generally accompanied by the perception of fewer and fewer options. Isn't it strange, then, that when we're being pushed, we've limited ourselves to a response that results in only three options, none of them particularly good?

"This entering and blending maneuver immediately multiplies your options. Thousands of techniques and variations have been identified in aikido, all of which become possible once you've blended. The same thing is true when you blend verbally, when instead of meeting a verbal attack with a verbal counterattack you respond first by coming around to your attacker's point of view, seeing the situation from his or her viewpoint. This response, whether physical or verbal, is quite disarming, leaving the attacker with no target to focus on. At that point, numerous options present themselves, including, best of all, the clear possibility of a reconciliation that meets the needs of both parties.

"This isn't to say that we should always blend. In some cases, pushing back, standing your ground, and striking out forcefully is necessary or appropriate. It would have been difficult, probably impossible, to blend with Hitler. Diplomats of the 1930s tried and failed. But we could also say that, in trying to appease the dictator, the Western democracies failed to maintain their own points of view, which is essential to the successful practice of this option. In any case, blending isn't the answer for every situation; it's a means by which you can multiply your options in responding to any kind of attack.

"Then, too, it's possible to strike effectively after blending. In physical aikido, as a matter of fact, a successful blend almost always creates an opening for a throw or a pin.

"Yes, sometimes I fail to blend when I should have blended, and I'm almost always sorry for it. Radio talk shows offer a marvelous opportunity to practice this skill and sometimes, just as a reminder, I write the word BLEND in large letters on a card placed near the microphone. Again and again blending and other skills learned in aikido have produced outcomes that would seem unlikely if not miraculous, as we'll see later. For now, let me sum up with a few guidelines on the art of blending.

"Blend from a grounded and centered stance. Whether the attack is physical or verbal, it's important that you be firmly connected to the earth with your energy concentrated in your 'center,' or hara (the Japanese word for belly), as you blend. It's difficult to blend with your energy concentrated in your head, shoulders, or chest. Since energy follows attention, put your attention on the soles of your feet and on a point an inch or two below your navel. You might touch this point as a reminder. If you receive a verbal attack while seated, put your attention on your buttocks and the small of your back as well as on the soles of your feet. Sink into your chair. Feel the small of your back on the backrest. Let your shoulders remain relaxed and supple and make sure your breath doesn't rise into your upper chest. Let your breath expand your hara, and if the attack is verbal, speak slowly and with genuine feeling as you respond.

"Don't overblend. Responding to a verbal attack by saying something on the order of 'Yes, you're right and I'm wrong and I'm a bad person,' isn't blending. By saying anything along the lines of 'I'm a bad person,' you bring the attention back to yourself rather than truly looking at the situation from your attacker's viewpoint. Stay grounded and centered. Honor your viewpoint while seeing the situation from your attacker's viewpoint. Sometimes a blend involves an apology, but blending isn't just giving in or denigrating yourself. It's seeking harmony through a reconciliation that honors both viewpoints.

"Avoid the overuse of blending with your mate, family, and close friends. Blending is extremely powerful. Using it all the time can drive people close to you crazy. There are times when people want to and need to grapple with one another verbally, to have an old-fashioned give-and-take. Again, let me stress that blending is a valuable and often surprisingly effective option, but it isn't the only way to deal with incoming energy.

"If you're going to blend, do it wholeheartedly. The inadequacy of a less-than-wholehearted physical blend is dramatically revealed in aikido. When an aikidoist makes a halfhearted attempt at blending while hurrying to pull off a technique, the technique is almost sure to fail. The same thing is true in verbal blending. The blend isn't just a trick with which to fool and adversary. It involves true understanding of the other person's intentions and feelings. Ideally, a verbal blend conveys this understanding. It involves empathy. It comes from the heart.

"Practice! Blending is one of those rare skills that sometimes produces immediate good results. But to blend consistently and to do so under pressure requires a great deal of practice. Start simply by listening carefully and sympathetically to everything people say to you. (Remember, this doesn't necessarily mean agreeing.) When you get really good at this, you might be surprised at how successfully you can blend under pressure. After attending one of my weekend workshops that stressed blending, a leading San Francisco public advocacy lawyer was opposed by eleven corporate lawyers in a meeting wth a judge in chambers. 'I decided to see if this stuff works,' he told me later. 'I blended with everything they said for an hour, after which they conceded to my point.'

"Realize that harmony can spring from the meeting of opposites. To blend is to move toward the attack, creating a dance that joins attacker and defender and opens the way to reconciliation. It yields reliable good results, but it really isn't about winning. Blending is an expression of love, of a willingness to embrace even the strongest attack and bring it into a circle of concord that somehow connects each individual to the essential unity and harmony of the universe." 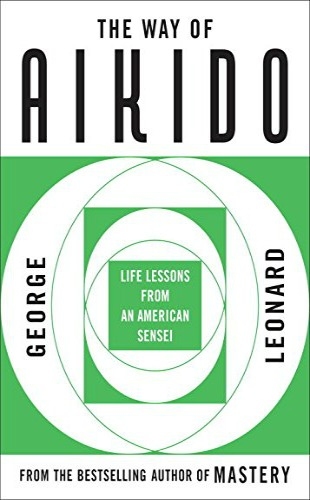