1. "An ancient rabbinic text teaches, kadmah derech eretz et ha-Torah, 'the commandment of good manners [i.e, considerate behavior] preceded the Torah' (Leviticus Rabbah 9:3). The Rabbis explain that while the Torah's commandments were revealed and became binding only at the time of the revelation at Mount Sinai, the obligation to act with courtesy and civility toward others originated with Adam and the creation of humanity. God could imagine humankind existing for thousands of years without the Torah, but He could not imagine human beings existing without the need for civility.

"Derech eretz (literally 'the way of the land') is the Hebrew term for good manners and basic civility. Thus the Midrash tells of an episode in which Rabbi Yannai insulted a man and subsequently learned that his victim never repeated negative gossip and exerted great efforts to make peace between those who had quarreled. Ashamed at having insulted so worthy a person, Rabbi Yannai apologized: 'That I should have called you a dog, when you posses such derech eretz' (Leviticus Rabbah 9:3).

2. "Good manners consists of far more than saying 'please' when asking for a favor, and 'thank you' to those who have helped us. It is rooted in a willingness to make sacrifices so that we can live together with others without unnecessary conflict. Good manners means

• not cutting in line even when we are impatient, and might well think that our time is more important than other people's
• offering our seat on the bus or train to one who is older or weaker, even though it is definitely pleasanter to sit than to stand
• treating those with whom we interact, as journalist Ellen Goodman has written, 'as if they matter'
• treating even those with whom we disagree with respect and fairness

"Derech eretz also refers to behavior that makes life pleasanter for all people. It means respecting children no less than adults, foreigners no less than Americans, non-Jews no less than Jews, and strangers no less than family (as regards those who find it easy to be polite and gracious to strangers, it means showing equal consideration for family members). It also means acting in a way that makes others feel appreciated and respected. Maimonides writes, 'One is obligated to conduct his affairs with others in a gentle and pleasing manner' (commentary on The Ethics of the Fathers 1:15).

"The laws of civility also apply to couples who separate or divorce, although we often hear of separating couples who speak to, and of, each other in a hateful manner. One contemporary observer, Professor Stephen Carter, author of Civility, has written, 'Goodness knows what the incivility with which we conduct our divorces is teaching our children about how to treat those we once loved and no longer love.'

3. "The basic guidelines for practicing derech eretz are set down in one verse in Proverbs, and in two teachings of The Ethics of the Fathers:

• In offering a general prescription for how people should behave, Proverbs teaches, 'Her ways [i.e., the ways of a life based on Torah] are pleasant ways, and all her paths peaceful' (3:17).
• 'Which is the proper way in which a person should act? Whatever brings credit to oneself, and earns one the esteem of others' (The Ethics of the Fathers 2:1).
• 'If the spirit of one's fellow is pleased with him, the spirit of God is pleased with him' (The Ethics of the Fathers 3:10).

"As is the case with all generalizations, there are exceptions. For example, when confronting idolatry, it would be inaccurate to say that the ways of Torah are pleasant and peaceful (it demands the destruction of idolatry in the land of Israel; see, for example Deuteronomy 7:25). Similarly, in an unrighteous society, a person might be popular with his fellow citizens (as Hitler was in Germany for most of his years in power), but not be at all esteemed by God.

"Such instances are the exceptions, however. As a general rule, for example, those whose emphasis in teaching Judaism is on its pleasant and gentle ways are acting in the way God intended. However, those whose teachings of Judaism lead to ugly behavior and conflict (e.g., instances in Israel when religious zealots have thrown rocks at drivers on Shabbat) are not acting in a manner that brings people close to God, let alone to their fellow citizens.

4. "Another rabbinic teaching, 'Who is wise? One who foresees the consequences of his actions' (Tamid 32a) offers additional guidance in the practice of good manners. Before we do something, we have to think through how our behavior will affect others. For example, if we double-park, this teaching would mandate that we leave a note on our car informing others where we can be found; otherwise the person whose car we blocked might need to move her vehicle, and have no idea how to reach us. Such behavior seems obvious, yet on the street where I live, cars routinely double-park and I rarely see such a note on a car's front window.

Why bad manners are so damaging

5. "Many people believe that the importance of good manners is overrated. For example, some years ago, a judge in New York proposed procedures that would oblige opposing lawyers to act civilly to each other in the courtroom. Raoul Felder, New York's best-known divorce lawyer, ridiculed the suggestion, arguing that it is often proper for lawyers to become pugnacious, and that civility 'may not always be the right reaction in an adversarial courtroom. . . . I have never heard a client complain that his or her lawyer was rude.'

"Perhaps that is true, but, as Professor Stephen Carter asks, is it good for society to exempt entire professions from the obligations of civility? Thus the world of politics is filled with campaign managers who see their primary obligation as diminishing the opposing candidate's reputation, while college campuses contain many radicals who think it right to try to stop those with whom they disagree from expressing their views. And, unlike what Raoul Felder said, bad manners pollute the social environment as surely as DDT and other such chemicals pollute the physical one." 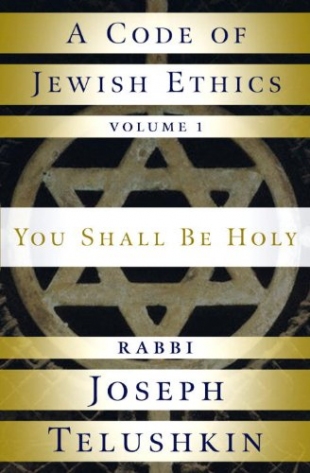