Eat, Pray, Love One Woman's Search for Everything Across Italy, India and Indonesia

"Balinese culture is one of the most methodical systems of social and religious organization on earth, a magnificent beehive of tasks and roles and ceremonies. The Balinese are lodged, completely held, within an elaborate lattice of customs. A combination of several factors created this network, but basically we say that Bali is what happens when the lavish rituals of traditional Hinduism are superimposed over a vast rice-growing agricultural society that operates, by necessity, with elaborate communal cooperation. Rice terraces require an unbelievable amount of shared labor, maintenance and engineering in order to prosper, so each Balinese village has a banjar — a united organization of citizens who administrate, through consensus, the village's political and economic and religious and agricultural decisions. In Bali, the collective is absolutely more important than the individual, or nobody eats.

"Religious ceremonies are of paramount importance here in Bali (an island, don't forget, with seven unpredictable volcanoes on it — you would pray, too). It has been estimated that a typical Balinese woman spends one-third of her waking hours either preparing for a ceremony, participating in a ceremony, or cleaning up after a ceremony. Life here is a constant cycle of offerings and rituals. You must perform them all, in correct order and with the correct intention, or the entire universe will fall out of balance. Margaret Mead wrote about 'the incredible business' of the Balinese, and it's true — there is rarely an idle moment in a Balinese compound. There are ceremonies here which must be performed five times a day and others that must be performed once a day, once a week, once a month, once a year, once every ten years, once every hundred years, once every thousand years. All these dates and rituals are kept organized by the priests and holy men, who consult a byzantine system of three separate calendars.

"There are thirteen major rites of passage for every human being in Bali, each marked by a highly organized ceremony. Elaborate spiritual appeasement ceremonies are conducted all throughout life, in order to protect the soul from the 108 vices (108 — there's that number again!), which include such spoilers as violence, stealing, laziness and lying. Every Balinese child passes through a momentous puberty ceremony in which the incisor teeth, or 'fangs,' are filed down to a flat level, for aesthetic improvement. The worst thing you can be in Bali is coarse and animalistic, and these fangs are considered to be reminders of our more brutal natures and therefore must go. It is dangerous in such a close-knit culture for people to be brutal. A village's entire web of cooperation could be sliced through by one person's murderous intent. Therefore the best thing you can be in Bali is alus, which means 'refined,' or even 'prettified.' Beauty is good in Bali, for men and women. Beauty is revered. Beauty is safety. Children are taught to approach all hardship and discomfort with 'a shining face,' a giant smile.

"The whole idea of Bali is a matrix, a massive and invisible grid of spirits, guides, paths and customs. Every Balinese knows exactly where he or she belongs, oriented within this great, intangible map. Just look at the four names of almost every Balinese citizen — First, Second, Third, Fourth — reminding them all of when they were born in the family, and where they belong. You couldn't have a clearer social mapping system if you called your kids North, South, East and West. Mario, my new Italian/Indonesian friend, told me that he is only happy when he can maintain himself — mentally and spiritually — at the intersection between a vertical line and horizontal one, in a state of perfect balance. For this, he needs to know exactly where he is located at every moment, both in his relationship to the divine and to his family here on earth. If he loses that balance, he loses his power.

"It's not a ludicrous hypothesis, therefore, to say that the Balinese are the global masters of balance, the people for whom the maintenance of perfect equilibrium is an art, a science and a religion. For me, on a personal search for balance, I had hoped to learn much from the Balinese about holding steady in this chaotic world. But the more I read and see about this culture, the more I realize how far off the grid of balance I've fallen, at least from the Balinese perspective. My habit of wandering through this world oblivious to my physical orientation, in addition to my decision to have stepped outside the containing network of marriage and family, makes me — for Balinese purposes — something like a ghost. I enjoy living this way, but it's a nightmare of a life by the standards of any self-respecting Balinese. If you don't know where you are or whose clan you belong to, then how can you possibly find balance?

"Given all this, I'm not so sure how much of the Balinese worldview I'm going to be able to incorporate into my own worldview, since at the moment I seem to be taking a more modern and Western definition of the word equilibrium. (I'm currently translating it as meaning 'equal freedom,' or the equal possibility of falling in any direction at any given time, depending on . . . you know . . . how things go.) The Balinese don't wait and see 'how things go.' That would be terrifying. They organize how things go, in order to keep things from falling apart." 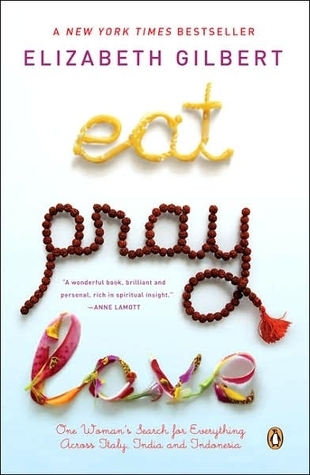