A New Reformation Creation Spirituality and the Transformation of Christianity

"This book is not addressed solely to the Roman Catholic Church (which is currently mired in the deep corruption of its hierarchy, evidenced by the hypocrisy and horror of the cover-up of the priestly pedophilia and other scandals, including the canonization of a fascist admirer of Hitler). The call to Reformation is a call to Protestant churches as well. While the Protestant tradition does not suffer from the same public display of corruption experienced by the Roman Catholic Church right now, nevertheless it has very much lost its juice as a protesting and prophetic body. It has fallen into comfort and, in the worst cases, such as the instance of fundamentalism in America, into sleeping with the imperial powers, which lends such powers religious legitimization.

"Present-day Protestantism suffers from apathy, or what our ancestors called acedia, a lack of energy or a kind of spiritual sloth. Descriptors I would apply to today's Protestantism are: anemic, tired, boring, incurious, unadventurous, emasculated, compromising, confused, depressed ( a recent study found that about 80 percent of the pastors in one liberal branch of Protestantism are taking antidepressant drugs!), unmystical, lost, irrelevant, preoccupied with trivia, uninspired, one-dimensional, and burnt out. All the issues that these adjectives imply are in fact spiritual in nature. Protestantism often lacks a profound spirituality (the word spirituality was rarely in its theological vocabulary until very recently) and this lack is beginning to show. What has happened to the protest in Protestantism? What will it take to bring it back? Protestantism has a proud and profound intellectual heritage, yet it is allowing itself to be mowed over by anti-intellectual fundamentalism, which has hijacked Jesus, Christ, and Christianity as a whole.

"Yes, at this time in history Protestantism, like Catholicism, needs a radical overhaul — a New Reformation and new transformation. Both need to move from religion to spirituality.” 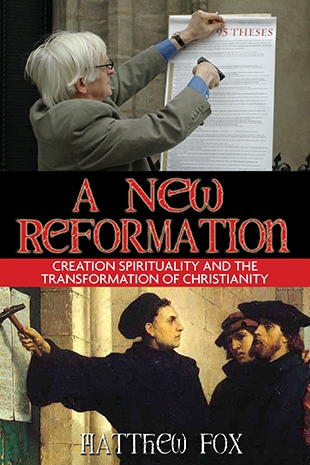