Heaven Begins Within You Wisdom from the Desert Fathers

"The goal of the spiritual path is not the great ascetic, not the indefatigable faster, not the consistent person, but the meek and gentle one. Evagrius continually mentions gentleness as a sign of spirituality. He challenges us to be like Moses, of whom Scripture says: 'now the man Moses was very meek, more than all the men that were on the face of the earth' (Num. 12:3).

" 'Let no one put trust in continence alone, I beg you! For it is not possible to build a house with a single stone, nor to complete a building with a single brick. An angry ascetic is a piece of dry wood, without fruit in the autumn, twice dead and uprooted. An irascible person will not see the morning star rise but will go to a place of no return, a dark and gloomy land, where no light shines and no human life is to be seen. Continence merely suppresses the body, but gentleness makes the intellect see!' (Letter 27).

"Evagrius keeps stressing that asceticism is not enough by itself for the spiritual path. Gentleness is crucial. It alone transforms a person's heart and opens it to God.

" 'Continence all by itself is like that foolish virgin, who was barred from the nuptial chamber because her oil had run out and her lamp was extinguished' (Letter 28). In Letter 56 he makes another comparison: 'Those who abstain from food and drink, but whose heart is stirring with unjustified anger, are like a ship on the high seas piloted by the demon of anger.'

"Evagrius also sees in David and in Jesus the realization of the sort of meekness we should imitate: 'Tell me, why did Scripture, when it wished to praise Moses, set aside all the miraculous signs, and mention only meekness? . . .David too, when he mentioned the virtue of meekness, begged to be found worthy of just this, when he said: "Remember, Lord, David and all his meekness." He doesn't mention that his knees were weak from fasting and his flesh (from a lack of oil) was dwindling away, and that he awoke and was like a sparrow that flies around the roofs, when he said: "Remember, O Lord, David, and all his meekness." Let us also learn to acquire the gentleness of him who said: "I am gentle and lowly in heart" (Matt. 11:29) so that he may teach us his ways and bring us to life in the Kingdom of Heaven' (Letter 56).

"Gentleness is for Evagrius the source of knowledge of Christ. Without gentleness, we can read the Bible as much as we like and engage in the harshest ascetical practices, but we will never understand the mystery of Christ. Thus he writes to a disciple: 'But above all don't forget gentleness and calm, which purify the soul and bring us close to the knowledge of Christ (Letter 34).

"The knowledge of Christ is another expression for contemplation. Without gentleness there is no true contemplation. To Rufinus Evagrius writes: 'For I am convinced that your gentleness has become a cause of great knowledge. No single virtue produces wisdom as gentleness does, for whose sake even Moses was praised as gentler than all other men. And I too beg to become and be called a disciple of the Gentle one' (Letter 36).

"Thus gentleness is sign that we have understood Christ and followed him.

"Here we catch sight of a kind of spiritually different from the one we met in the moral theology textbooks of the 1950s. The spirituality of the early monks is distinguished not by strictness, not by moralizing, nor by fear tactics, but by the encouragement of gentleness. Gentle persons are attractive to many people. They don't have to convince persons of different faiths of their orthodoxy; they have no need of proselytizing. Their gentleness is sufficient testimony for Christ. Anyone who encounters that gentleness meets Christ and will recognize him in it.

"Gentleness and compassion are the criteria of genuine spirituality. If we view and judge contemporary forms of piety with these criteria, we will quickly realize which kinds derive from fear of the repressed shadow and which come from the spirit of Christ. Only when men and women have become gentle and merciful and deal compassionately with their fellow human beings do they bear witness to a spirituality that is in keeping with Christ. All other kinds may behave ever so piously, but they still derive from the spirit of fear and repressed passion. To that extent we can learn from the early monks to develop a spirituality that matches the spirit of Christ." 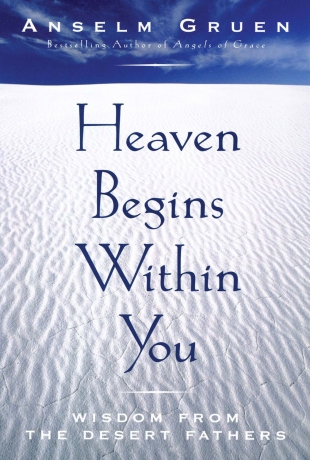