"One of the oldest themes in Christian literature about hospitality is the deliberate confusion of the roles of host and guest. This role switching emphasizes an important point: as a pilgrim of Christ, you will sometimes be the host and sometimes the guest. The second-century writer Diognetus, reminding his readers about Christian identity, said that 'Every foreign land is to them as their native country, and every land of their birth as a land of strangers.' Or, as the great early Christian preacher John Chrysostom put it, 'Don't you know that we live in a foreign land, as though strangers and sojourners?'

"Christians have always been hosts and guests, natives and strangers, citizens and sojourners. In our contemporary world of strangers, tourists, and nomads, Henri Nouwen proclaims, 'When hostility is converted into hospitality then fearful strangers can become guests. . . . Then, in fact, the distinction between host and guest proves to be artificial and evaporates in the recognition of newfound unity.' In a time of hate-filled extremism, some Christians still long for a world of nonviolent love, of reconciling peace. Of human wholeness, of true brother and sisterhood, in God's compassion. For them, hospitality opens the way to practicing peace, doing a tangible thing that can change the world.

"As Martin Marty, a noted Lutheran theologian, says, 'In a world where strangers meet strangers with gunfire, barrier walls, spiritually landmined paths, the spirit of revenge, and the record of intransigence, it sounds almost dainty to come on the scene and urge that hospitality has a strong and promising place.' In every congregation I observed, hospitality ranked as one of the strongest practices. But it was not just tea and cakes. Like Cornerstone, Phinney Ridge, and Epiphany, the other churches I visited all demonstrated that hospitality is not dainty by practicing it as a way of overcoming fear and isolation. Although hospitality takes many forms, from the kiss of peace bestowed by a Goth teenager on an elderly woman, to offering bread to a stranger and thanking a homeless person for coming to breakfast, the core practice remains the same: Christian people, themselves wayfarers, welcome strangers into the heart of God's transformative love." 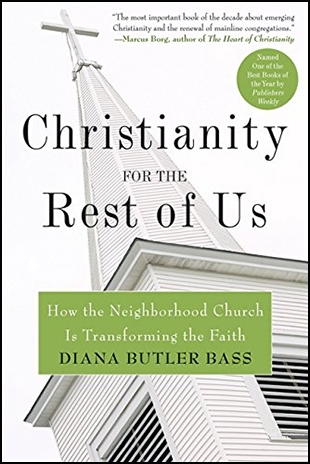