The Prayer of the Name

"There certainly is no set method or technique, still less any shortcut, whereby we can be brought into the inner sanctuary, to the summit of that 'Horeb' which irresistibly draws anyone who has heard the Spirit's call (see 1 Kings 19:8). However, in addition to what has been suggested above, there is one practice whose effectiveness has been recognized for centuries in the spiritual traditions alike of India and of Eastern Christianity.

"In India this is called namajapa, the prayer of the Name. It consists of the continual repetition of the name of the Lord in one or another of its traditional forms; either the name by itself, for example, 'Rama' or 'Hari' or 'Krishna'; or else an invocation which contains the name, for example, Om namah Shivaya, 'Glory to Shiva.' Some people decide that they will recite a given number of mantras and keep count of them on a kind of rosary containing 108 beads. Others prefer to set apart a fixed time every day when they will repeat the mantra without stopping. Yet others, especially those who have practiced namajapa over a long period, do not care either to keep count or to limit the time; they simply go about with the sacred name continually on their lips and in their heart, and sometimes continue to whisper it even during a conversation, interrupting it only when obliged to give an answer. As far as possible, the Name is given by a guru. Sometimes there is one particular name to which the guru initiates any worthy disciple who applies to him — as in the well-known case of Swami Ramdas. Sometimes the guru himself chooses a particular mantra for the disciple, in accordance, at least theoretically, with the aptitude and needs of the one whom he is initiating into the prayer.

"Among Christians the nearest equivalent of the Hindu namajapa is what is called in the Oriental Christian tradition 'the Jesus Prayer.' Here too the practice is either a simple repetition of the name of Jesus, or else the use of a longer invocation containing the sacred Name. In these days the most widely used invocation is: 'Lord Jesus, Son of the living God, have mercy on me, a sinner.'

"In this Christian prayer of the Name we are immediately struck by the stress on our sinful condition and our need for forgiveness. This constant prayer for forgiveness, which is equally characteristic of the whole liturgy of the church, does not however in any way indicate a morbid concern with one's spiritual state, as is sometimes held. Rather it is one way of expressing a deeply personal experience of the love of God and the realization that in forgiving us he reveals most fully his love and almighty power. In the last analysis, to pray for forgiveness unites us with the deepest level of the divine mystery.

"Hindu prayer is different. Sometimes, no doubt, the Hindu also prays for forgiveness and for divine help . . . but most frequently he is content simply to praise and adore: Om namah Shivaya (Glory to Shiva), Om namah Narayanaya (Glory to the 'Son of Man'). Here too it would be improper to find in this almost exclusive stress on adoration the attitude of a proud Pharisee who feels no need to beg for divine forgiveness. At least in those who are truly spiritual, it is rather the sign of total self-forgetfulness and of lack of concern for all that affects them personally — in Christian terms, the complete trust of a child who knows that his father is caring for his needs and whose only personal wish is to continue gazing at him. Indeed, once God has been known in truth, how could anyone in the Presence of Most High give any thought to himself or his own affairs?

"The Christian prayer of the Name comes from a very ancient tradition. Its origin can be traced back to the Egyptian monks; St. John Climacus also speaks of it in his Ladder of Perfection. Later on, the monks of Mount Athos practiced it diligently. It was the soul of the Hesychast movement; among its best known champions we need only mention Simeon the New Theologian and Gregory Palamas. In recent centuries its influence has spread very widely among Orthodox Christians, especially in Russia.

"The form of the prayer has varied widely at different periods, although in our day the invocation most commonly takes the form quoted above. But in whatever form it appears, it is undoubtedly the finest fruit of the ancient practice of brief ejaculatory prayer, which was strongly advocated by the Desert Fathers. Some of them spent their time crying out to God the Miserere ('Have mercy on me, 0 Lord!' Ps. 51:1). Others had a special devotion to the first verse of Psalm 70, which later took its place at the opening of the Divine Office. 'Be pleased, O God, to deliver me; make haste, O Lord, to help me!' In the case of others the constant prayer was the Trisagion in either of its forms: the 'Holy, holy, holy is the Lord!' of Isaiah's vision (6:3), or the 'Holy is God! Holy and Almighty! Holy and Immortal!' of the Oriental liturgies. All these prayers have this in common &151; each is a very brief act of prayer or praise to God, continually repeated and always the same, aimed at fixing the mind on the Lord and making an uninterrupted offering of love and adoration." 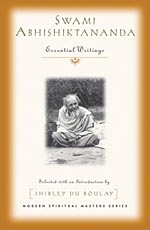