Your Soul's Compass What Is Spiritual Guidance?

"A compass is an instrument that orients to magnetic north so that we can tell which way we're going. Migratory birds know how to find their way over thousands of miles of unknown territory because of small particles of magnetite (akin to tiny micromagnets) embedded in their brains. A hummingbird headed from Colorado for a winter sojourn in Mexico doesn't usually wind up in Chicago by mistake. Its guidance system is hardwired for precision. Many mystics believe that human beings have just such a built-in guidance system that takes us home to the Source of Being. We're hardwired for God. But rather than being embedded in our brain, the magnet for our spiritual journey is located in the heart.

"There's a certain felt sense of being centered in the heart. Felt sense has been defined simply as 'a bodily sensation that is meaningful.' When we're centered in true nature and our minds are as steadfastly present to the moment as a mountain is to changing weather, there's a feeling of peace and fullness in our being. When we say that our heart is full or that a person is 'heartful,' it's to this meaningful bodily sensation that we're referring. We know somehow that we're at home in the universe. . . that all is well. And as you'll read in later chapters, this felt sense is a source of wisdom beyond words.

"When we're in the essential core (what some traditions refer to as the Self with a capital S), we organically align to True North — wisdom, God, or Ultimate Reality. It's as if our heart is at the center of the compass. When the needle is free to be in present time, rather than fearing the future or regretting the past, it moves effortlessly to True North. In that state of alignment with Source, we know — in a way that may be more intuitive than cognitive — what any situation requires. We're confident, competent citizens of the world; and whether we're sitting on a park bench gazing at the first cherry blossoms of spring, changing a baby's diaper, or passing a bill in Congress, there's an unmistakable felt sense of something larger moving through us.

"Aligning true nature with Source is easy conceptually but difficult in practice — until a certain point. Think of a seesaw: You don't have to move it 100 percent in order for it to tip to the other side. Because it rests on a fulcrum, when even a fraction more than 50 percent of the weight shifts, the seesaw instantly tilts in that direction. The 49.99999999 percent of the effort that you don't have to supply to taste Self-realization is grace. But until you get to the tipping point, skillful effort is required.

"This book is about both grace and effort. Scientists tell us that a compass can be fooled by what they call magnetic deviance. If there are large lodes of iron are in the ground, for example, and a migratory bird flies over it, it can attract the magnets in the bird's brain and lead it astray. The same is true for the magnet of true nature that resides in our hearts.

"The biggest source of magnetic deviance is fear. When we tell ourselves frightening stories, it's hard to find the peaceful felt sense in the heart or to engage other forms of guidance, such as the sense of unease that may be signaling that we're going the wrong way. Other sources of misdirection, as you'll read about in the chapter on blocks to guidance, include habits of mind — for example, judgment, pride, willfulness, sloth, and desire." 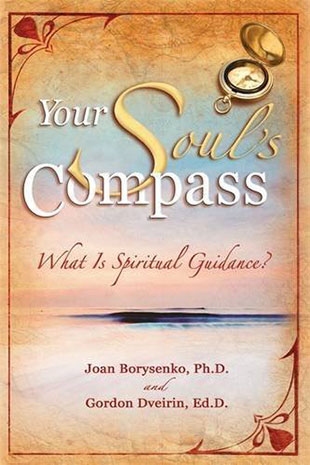