The God of Second Chances

"I am always thunderstruck by the fortitude I see exhibited by brave women who have found their way out of abusive relationships, largely because in their Liberation they recognize that not only have they changed their circumstances, they have changed themselves. Their circumstances have changed because they no longer suffer the degradation of their abuser. They have changed because they now understand that they are no longer burdened by those pieces of their own character that unwittingly capitulated to the abuse. They have died to the moniker of victim and been resurrected to that of survivor. They have prevailed. What this means is that they have gone through not one passage but several, because not only have they dissolved a poisonous relationship, they have also come face-to-face with those parts of themselves that made them susceptible to such a relationship in the first place. With the tremendous pain that is inherent in any such unvarnished self-examination, they have freed themselves from their demons, both within and without.

"Theirs is a form of death insofar as they have given up something of themselves, however unhealthy. But it is a creative death because they have taken the lessons of their experience and forged from that experience a stronger, wiser, and more vibrant woman. Having been beaten down for so long, having died to that inherent sense of self-worth with which we are all naturally imbued at birth, they have resurrected themselves (literally re-surrectionem, or 'risen again') by reclaiming that worth. Eyes forever downcast now look skyward with a sense of stiff-spined confidence and well-placed optimism. With e e cummings in his immortal poem 'i thank You God for most this amazing day,' they can sing unabashedly that they who have died are alive again in 'the gay, great happening illimitably earth.' Their earth is again illimitable.

"I think of Jesus' appearances after his resurrection ('I who have died and am alive again') as nothing if not affirmations of that illimitability, because to a world overcome with unspeakable darkness he brought unbearable light. By the account of the Gospel according to John, to Thomas's doubts he brought assurance ('Put your finger here and see my hands. . .  Do not doubt but believe.' 20:27), to the disciples' fears he brought peace ('Peace be with you. As the Father has sent me, so I send you.' 20:21), and to Mary's crippling sadness he brought compassion ('Woman, why are you weeping? Whom are you looking for?' 20:15). Assurance, peace, and compassion: faith, hope, and love — these are the very keystones of life as a glint in the eye of God, the very font whence life can arise from death.

"Put another way, to his people, whose discouragement was bottomless, he gave a world of second chances. This small band of erstwhile, reluctant believers, who in Thoreau's words would have otherwise lived out their lives in quiet desperation, instead went forth defiant of impossible odds to lay the foundation of a church that — despite the maddening flaws and endless shortcomings it has shown over the years and continues to show to this day — still proclaims his name and divines his work. That work is nothing if not the work of rising again, of creating: out of doubt, faith; out of despair, hope; and out of hatred, love." 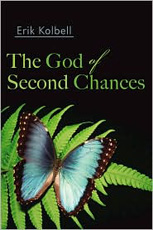