Why Is God Laughing? The Path to Joy and Spiritual Optimism

"If you let go of what isn't real in your life, what's left will be real: what's left is God alone.

"Over the years I've found that letting go baffles people. They are eager to let go of things that bring pain and suffering, yet by some perverse irony, the shackles refuse to drop away. Abused spouses don't walk out on their abusers. Addicts reach for more of what is destroying them. Anger, fear, and violence roam the mind at will, even though a person has tried with all his might to renounce them. How do you let go of stuff that is attached to you so stubbornly?

"Telling someone who's stuck to 'just let go' is as futile as telling someone who is hysterical to 'just calm down.' Negative things stick to us because they are tied to an underlying energy that doesn't want to move away. Angry people don't need a specific reason to get angry; they only need a pretext for releasing the pent-up energy that keeps them at a constant simmer. Anxious people are worried inside, not about any one thing, but about fear itself. To be free, you must find a way to let go of all the stuck energy that keeps sending out the same old messages. The ability to let go is more complex than it sounds, but nothing is more crucial.

"Let's look more closely at anger and fear, the two emotional energies that most persistently haunt us. Letting go of anger and fear requires a process, which includes the following:

"Be alert. Don't ignore your feelings when you are angry or anxious. Resist the impulse to look away and shove your feelings back down out of sight. The more alert you are, the easier it will be to access stuck energy and let it go.

"Detach from the specifics. Energies get stuck to particular situations: a specific person rams your car from the rear, butts in line ahead of you at the supermarket, or cheats you out of money. These are the contents of the situation, its specifics, and you cannot completely let go of energy by living solely in those moments. Imagine having a fight with your spouse. You are sure you're justified in your position. But if you refuse to stop being angry until your spouse says, 'I was wrong; you were right all along,' you could wait forever. And even if he does apologize, your anger might not completely disappear. Detach from the contents of the situation and release your anger by yourself, for your own good.

"Take responsibility. This goes hand in hand with detachment. Your energy is yours and nobody else's. In spiritual terms, it doesn't matter who is right or wrong, who is the aggressor or the victim. The only important thing is how to win your own freedom. In a world of opposites, right and wrong are engaged in an eternal struggle. Your role is to let go of energy that has stuck to you for whatever reason. Once you take responsibility, you won't be tossed about at the whim of circumstance.

"Don't expect anyone to do it for you. There is certainly such a thing as divine guidance, but the road to freedom is through the self. Most of us hope to gain strength from other people, not some divine agency. Yet there is no getting around the fact that all you have for the spiritual journey is your own mind, body, and soul. As much as others can offer solace and helpful wishes, only you can embark on the journey inside yourself.

"Let your body participate. Letting go isn't just a mental process. In fact, you have metabolized your past and given it sanctuary in your body. Or as someone put it simply, 'The issues are in the tissues.' Many kinds of bodywork and purification therapies can be useful here. To begin with, let your body do what it wants to do. It knows how to tremble with fear and convulse with anger. Don't resist the body's natural reactions, but don't inflict them on someone else, either. Throwing off stuck energy is a private process that belongs to you alone." 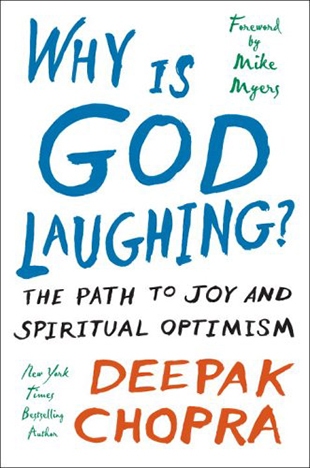