By David Blankenhorn
The philosophy and advice of John Wesley, founder on Methodism, on good stewardship of money.

"John Wesley, the famous Anglican preacher (significantly influenced by Puritanism) who became the primary founder of the Methodist Church, was an almost exact contemporary of Benjamin Franklin. Wesley was born in 1703, three years before Franklin was born, and died in 1791, one year after Franklin died.

"Wesley's famous formulation — 'Gain all you can, Save all you can, then Give all you can' — is one of the most concise, important, and influential thrift sayings in the English language. Wesley's teachings on the uses of money also constitute one of the purest examples of what scholars would later call 'the Protestant ethic.' Moreover, while Franklin, as we'll see, largely secularized the philosophy of thrift, detaching it from much of its Christian theological context, Wesley most emphatically did not. Finally, Wesley's moving reflections on the core irony of thrift — religiously informed thrift produces affluence, which can produce worldliness and dissipation — are, for my money, much better than Max Weber's, and quite deserving of our consideration today."

John Wesley's Rules for the "Stewards" (or Administrators) of the Methodist Movement, 1748

"1. Be frugal. Save everything that can honestly be saved.

"2. Spend no more than you receive. Contract no debts.

"3. Have no long accounts. Pay everything within the week.

"4. Give none that asks for relief either an ill word or an ill look. Do not hurt them if you cannot help them." 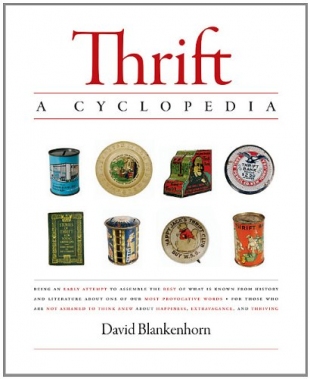