No Enemy to Conquer Forgiveness in an Unforgiving World

"Forgiveness has an image problem. It fosters so many misconceptions. Some withhold forgiveness for fear that they might easily become a 'doormat' for others; or that justice might not be served, and cruel people will literally get away with murder; or that forgiveness and apology, particularly in terms of injustices of the past, is just the latest caving in to political correctness. . . .

"Precise definitions of forgiveness are limiting because human experiences are so varied and often surprising. But some elements are clear, as formulated by the many fine writers on the subject. They may involve not only turning from revenge but also include a compassion for the other — a recognition of their humanity, even an awareness that, given similar circumstances, we might have behaved just as badly. Henri Nouwen calls forgiveness 'love practiced among people who love poorly. It sets us free without wanting anything in return.' Philip Yancey says that although forgiveness does not settle all questions of blame and fairness, it does allow relationships to start over. Lewis Smedes describes forgiveness as surrendering the right to get even. He writes: 'The first and often the only person to be healed is the person who does the forgiveness. When we genuinely forgive, we set the prisoner free and then discover the prisoner we set free was ourselves.' He points out that revenge never evens the score, for alienated people never keep score of wrongs by the same mathematics: 'Forgiveness is the only way to stop the cycle of unfair pain turning in your memory.'

"The burden of the past is lifted as individuals, and sometimes whole nations, are prepared to move on. Forgiveness frees the victim and, as significantly, sometimes enables them to be listened to by the victimizer. Spencer Perkins, an African American who worked for racial reconciliation, pointed out that when we can forgive and even accept those who refuse to listen to God's command to do justice, 'it allows them to hear God's judgment without feeling a personal judgment from us.' Archbishop Desmond Tutu believes that forgiveness enables both to come out of the experience better people." 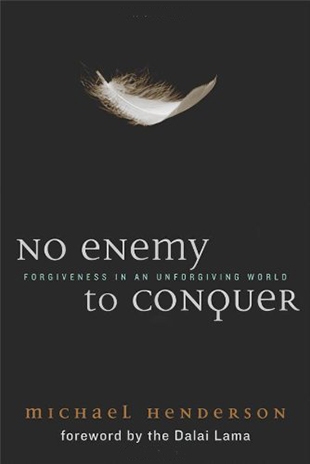