"In late 2006, a group of psychology researchers met in Flagstaff, Arizona, for a conference on 'Quieting the Noisy Ego' — in other words, strategies for quelling narcissism among individuals. Keith, who spoke at the conference, remembers discussing ideas with colleagues in front of the fireplace as a light snow fell outside — a definite upgrade from his usual life of sitting at a computer in a lab with asbestos floor tiles. The researchers used words now considered quaint, including humility, self-compassion, and mindfulness.

"In many ways, humility is the opposite of narcissism. Some people misconstrue humility as bad, equating it with shame or self-hatred. Humility is not the same as humiliation. True humility is a strength: the ability to see or evaluate yourself accurately and without defensiveness (notice we said 'accurately,' not 'negatively'). Our friend and colleague Julie Exline, who researches humility, found that humble people are often surrounded by friends and family who support them and allow them to see themselves accurately. Sometimes this support comes through religion, as many religions emphasize humility. Overall, humble people are more connected to others. When you don't concentrate on pumping up the self, it is easier to relate to other people and the wider world. Many people think that humility is a virtue that only great leaders possess, like Gandhi or Mother Teresa, but everyone can practice humility by honestly appraising themselves, remembering the people who have helped and supported them, and truly valuing the lives of others.

"Another treatment for narcissism comes from a surprising source: compassion for yourself. Kristin Neff, who did some of the first research on the concept, writes that compassion for yourself works because 'people cannot always be, or get exactly, what they want. When this reality is denied or fought against, then suffering increases in the form of stress, frustration and self-criticism. When this reality is accepted with sympathy and kindness, then greater emotional equanimity is experienced.' Compassion for yourself isn't about admiring or esteeming the self or making excuses for shoddy behavior — it means being kind to yourself while also accurately facing reality. 'With self-compassion, you don't have to feel better than others to feel good about yourself,' writes Neff on her website, www.self-compassion.org. People who practice compassion for themselves experience less anger, fewer uncontrollable thoughts about themselves, less self-consciousness, more positive emotions, more happiness, and more constructive responses to criticism. It also predicts curiosity, wisdom, the motivation to master academic tasks, and a growth in compassion for others.

"Neff believes that compassion for yourself can be learned, primarily through meditation. She lists a range of more straightforward practices on her website that directly target being kind to yourself. For example, she suggests drawing on our sense of common humanity, realizing that 'all humans are vulnerable, flawed, make mistakes, have things happen that are difficult and painful.' She also suggests stepping back from the drama of your situation and realizing that the difficult emotions you are feeling will only last a short time. . . .

"Practicing mindfulness keeps the self from entering every experience in your life. Not only do you see the world more as it is, but the practice has clear benefits for your relationships, reducing conflict and keeping it from getting out of hand. When someone says something that you could interpret as critical or confrontational, you can learn to react more calmly. Fewer fights with your spouse, coworkers, or children are reason enough to practice mindfulness." 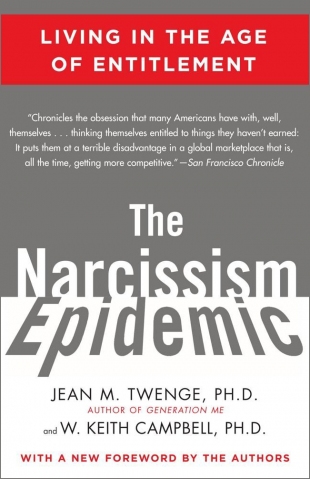